It has been another week of clear, cool nights, and sunny, hot days, with a wind that seems to appear out of nowhere every day at nine a.m. This is perfect weather for migrating songbirds. They can travel vast distances at night when it is cool and then sit out the windy period of the day resting and feeding in the forest. Almost every day this week we have been seeing a slow but steady passage of songbirds in the first couple hours of the day and then right when they start landing to forage the wind gets strong enough that we are forced to close all our nets. So, unfortunately, not a lot has been banded this week even though we have been seeing plenty of birds of plenty of species.

The transition from early birds to later birds is just about complete. Birds like Swainson’s thrush, white-throated sparrow, rose-breasted grosbeak, ovenbird, black-and-white warbler, yellow warbler, least flycatcher and American redstart have all arrived and are increasing in number with each passing day. We are still waiting on a handful more species, but we expect them here any day as we move into late May which is generally the peak time for spring migration in our area.

Despite having banded few birds this week, there have been a couple highlights. One was a male blackpoll warbler, all nicely decked out in its breeding plumage. We catch a fair amount of young blackpolls in the fall, but the spring males are not a thing we see every year so it is always a treat when one does turn up in the nets. The other highlight was a LeConte’s sparrow. LeConte’s sparrows breed in wet grassy meadows and are one of the smallest and most secretive species of sparrow in North America. Adding to their secretive nature, their song is a low two-beat hiss that is really easy to mistake or an insect. Prior to this one, only seven had ever been captured at the LSLBO before, and few of those were in bright spring plumage like this one. 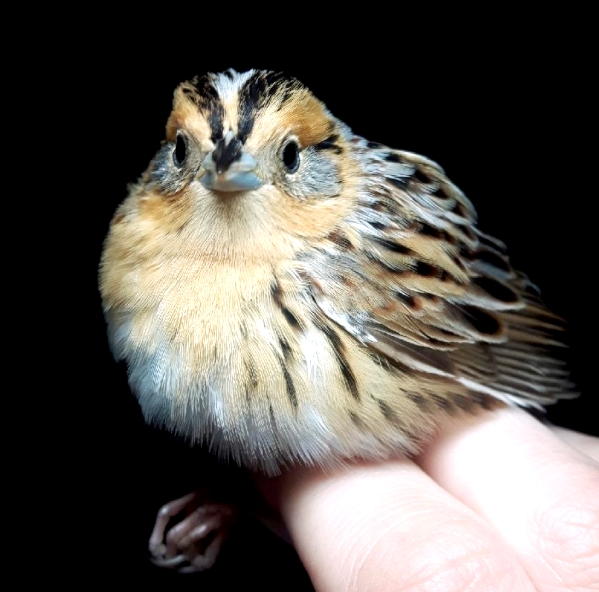 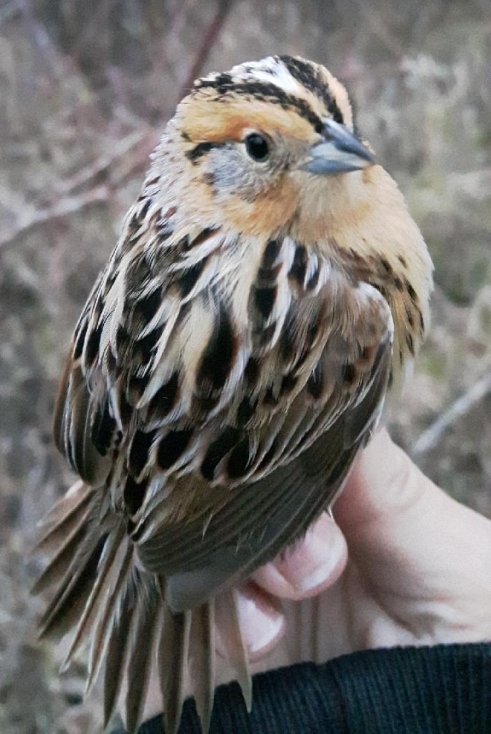 Another exciting highlight this week was an observation as opposed to a capture. Flying out over the ice we saw a flock of whimbrel. Whimbrel are a very large shorebird with a long down-turned bill that is perfectly shaped for probing into the burrows of fiddler’s crab and plucking them out. Now you might be saying to yourself, Lesser Slave Lake doesn’t have fiddler’s crabs! And you would be right. The lake does not have any crabs, not does it typically have whimbrel. Whimbrel are a coastal bird that winter way down on the South American coast and then breed in the tundra along the Arctic Ocean. Many of these birds have been tagged and tracked flying more than 4000 km non-stop to complete their vast migration in a timely fashion. Very rarely these duck-sized shorebirds cut corners on their migration and cross the land instead of following the coast and even more rarely someone sees them doing it. 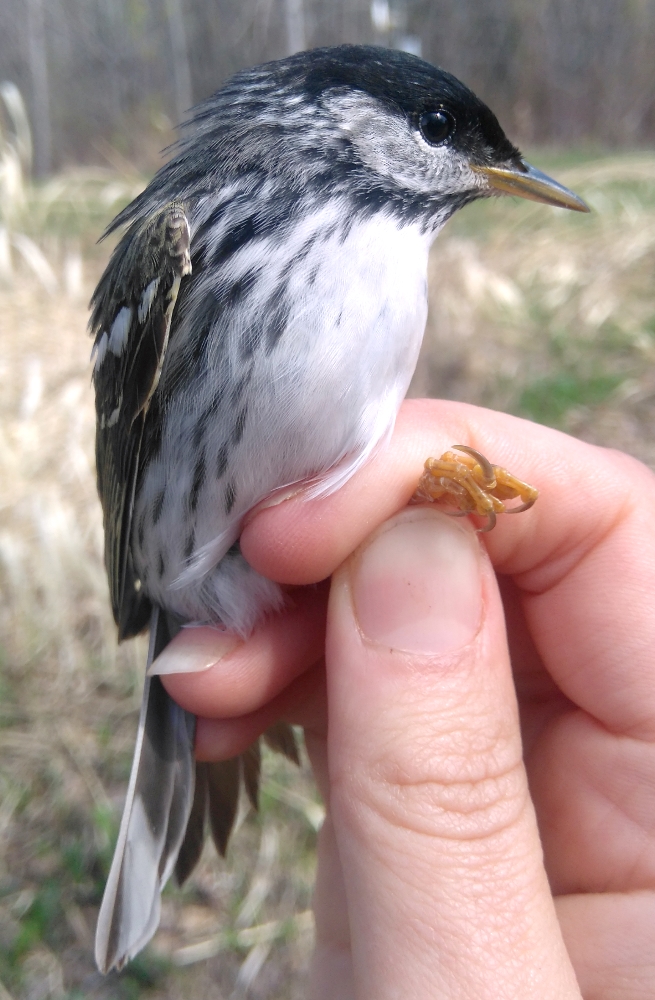