We are over a month into spring migration and we are still waiting for things to really pick up at the observatory. We just reached the 300 mark for banded birds and slate-coloured junco are still sitting as the top banded species even though we haven’t caught one in over two weeks. It’s not that birds aren’t moving; they have continued to move throughout the past week and new species are still being observed every day, but the weather hampered our observations and banding. It was cloudy, raining or very windy every day this week which made for some miserable days of birding. Three days this week we weren’t able to open the nets at all and the rest of the days we were only able to have them open for a portion of the morning. 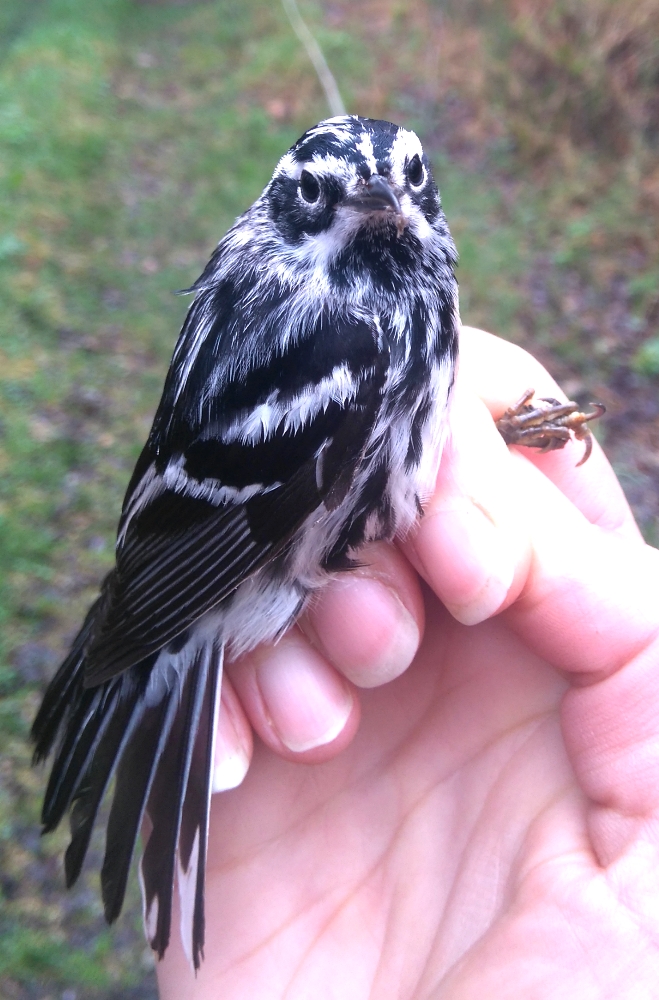 Despite the conditions, one species of bird that has remained a constant at the observatory is the white-throated sparrow. Regardless of how cold or wet it is, we are greeted every morning by a dozen of these hardy little sparrows singing around the lab. Their cheery, whistled song sounds like they are saying ‘oooh, sweeeeet, Canada, Canada, Canada’ and they sing all day, every day in any conditions; they are a ubiquitous part of the boreal forest. They are currently the second-most banded species for the spring and they are quickly gaining ground to overtake the juncos. Historically we didn’t catch a lot of white-throated sparrows in the spring, but that has been changing over the past couple years. These shrub-loving birds did very well during the forest-tent caterpillar infestation a few years ago and we are still seeing the effect. Last summer we banded record numbers of them during both our summer breeding program and during fall migration, and they seem to be on-track for another record-breaking year.

The weather forecast for the next week is looking favourable and we are hoping that bird activity will escalate. The bulk of our warblers are expected to arrive any day and our undisputed bread-and-butter species, the Swainson’s thrush and ovenbird have returned to the area. Both of these species migrate through in high numbers, low in the forest – putting them in perfect position to end up in our nets. Another species that showed up this week that made me smile was the grey-cheeked thrush. These birds look a lot like Swainson’s thrush but only move through our area for about 2 weeks on their way up to the arctic. What makes them so amazing is they are champion migrants. They spend their winters in South America and travel to the tundra to breed. Recently a study was published about grey-cheeked thrush that were fitted with radio trackers. One bird was recorded travelling 3250 km in only 3.3 days, a bulk of that distance being flying across the Gulf of Mexico. It is mind-boggling to think that the bird I held in my hand on Wednesday may very well have been in the tropics on the weekend. 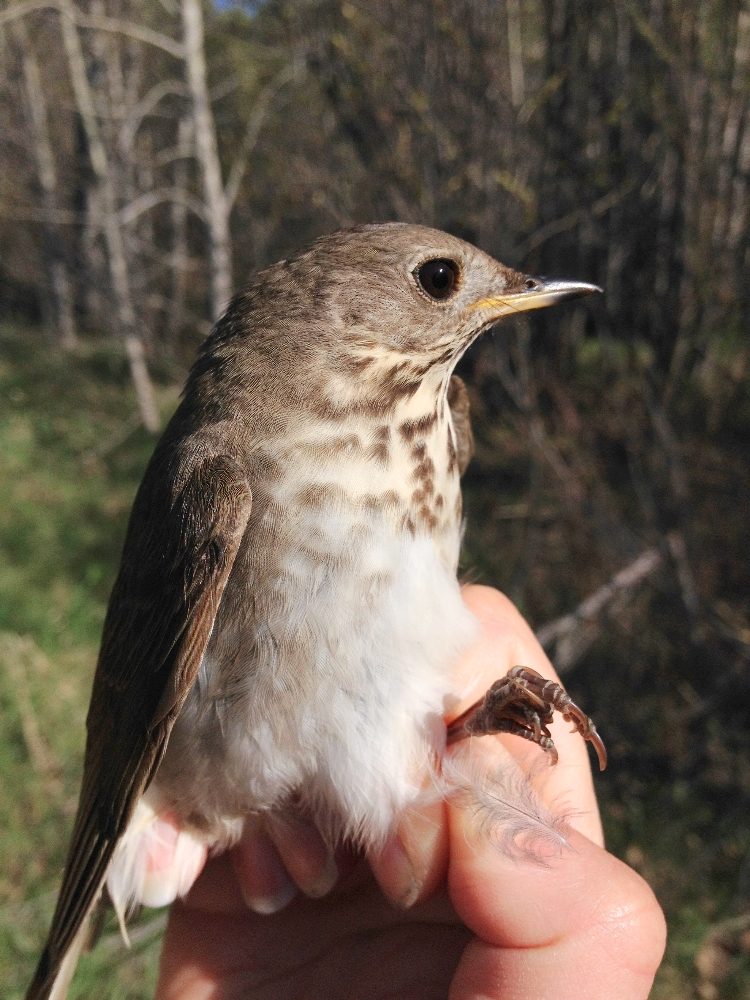