The birds must have finally got the memo: spring is here! The first half of the week was more of what we have been experiencing thus far, cool mornings, hot late-mornings, slow migration and even slower banding. We suspect that a number of factors were at play to cause the low level of bird activity. Firstly, when it is very hot and calm birds often either migrate at night or extremely high in the sky where we are unable to detect them. Secondly, we got it into our heads that the birds would be early this year because our spring was so early. We have to keep reminding ourselves that our spring being early has nothing to do with migration timing – weather down south has been sketchy in many areas; some places are experiencing hot, dry conditions and forest fires like us while other areas are seeing tremendous amounts of rain and wind. Lastly, we also realized that with this being an El Niño year, it is entirely possible that shifts in the major air currents are slowing birds down or even altering their routes somewhat.

All that changed at the end of the week, though. The weather stayed warm, but it was cloudier and there was on and off precipitation – perfect conditions to get birds to take a migration-pause and come down to the trees and ground to feed. The change in weather that made for excellent banding conditions coincided (miraculously?) with the arrival of a fresh batch of migrants. On our first poor weather day we counted over 5000 warblers and sparrows (2100 of which were myrtle warblers) and banded 99 birds (87 were myrtles). The next day, the observatory was overrun by chipping and clay-coloured sparrows. Well over 1000 were seen foraging on the shoreline, the road and in the shrubs around the parking lot. By the end of the day we had banded 76 birds. It is probably a good thing that sparrows don’t generally forage in forests – if all the birds we saw had moved through the trees instead of along the shore and trails we could have been dangerously overwhelmed. 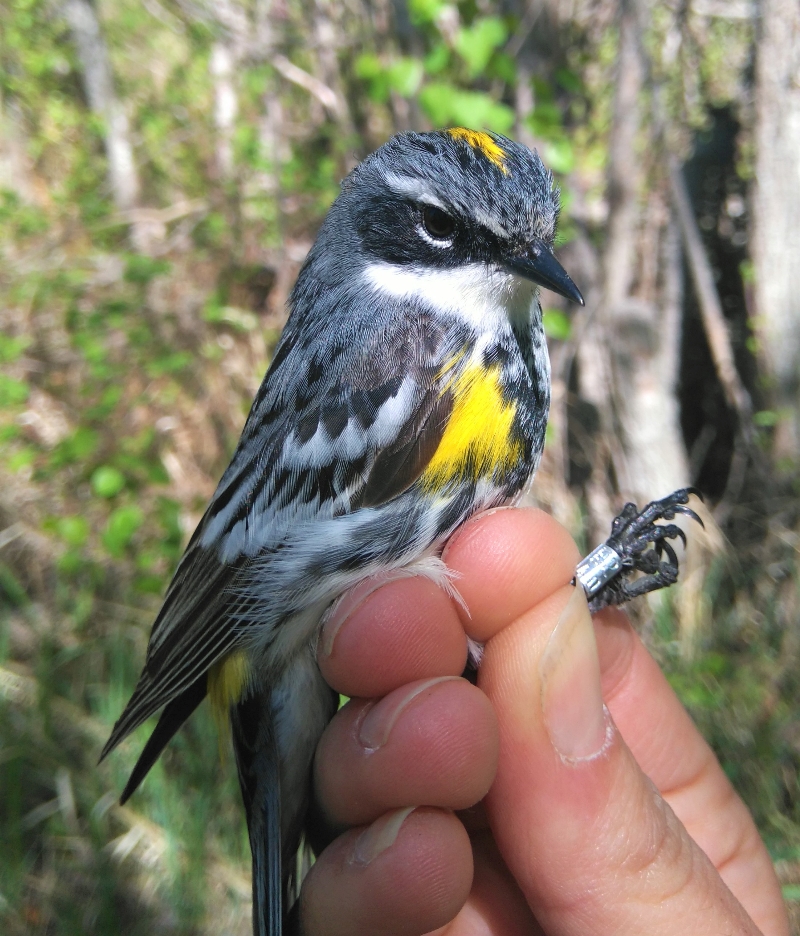 We also encountered a lot of new-for-the-spring species this week: rose-breasted grosbeak, warbling and blue-headed vireo, bank and cliff swallows, least flycatcher, ovenbird, yellow warbler, common yellowthroat and American redstart just to name a few. Although the myrtle warblers, chipping and clay-coloured sparrows are all right on schedule, some of the species we saw/banded this week are a bit late according to our average arrival dates. We may have seen the proof as to why they are late, though, on a few of the individuals we captured. Our hypothesis is that they were all held up somewhere down south by poor weather. Our supporting proof is that they are fat. Really fat. They have clearly been doing some serious feeding in the last while which is what migrants do when weather doesn’t allow them to migrate. 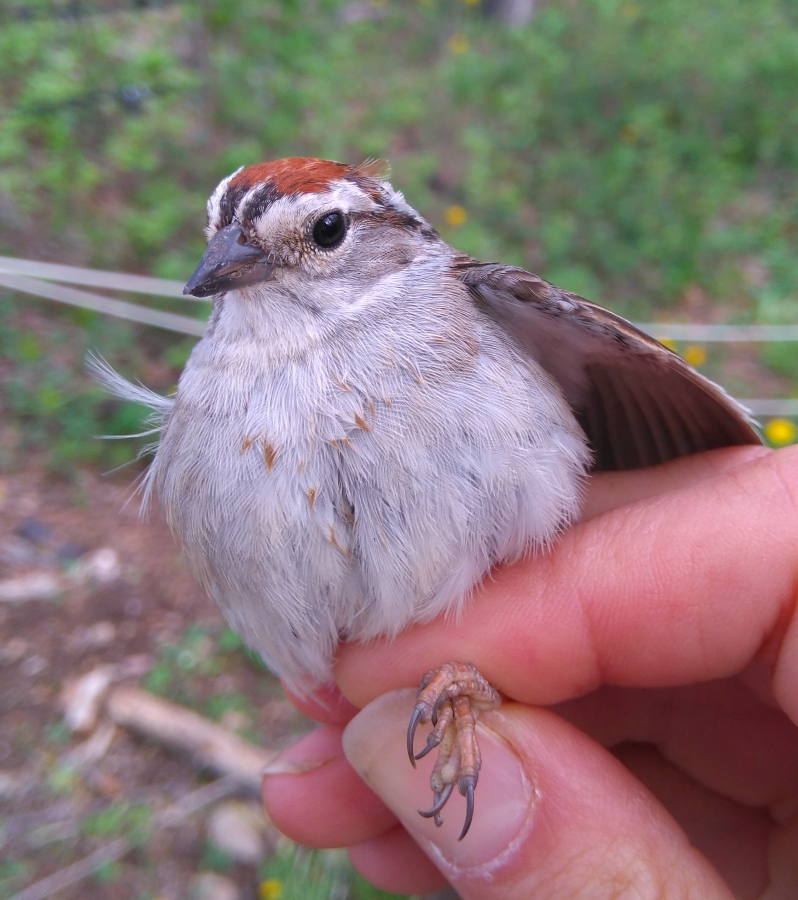 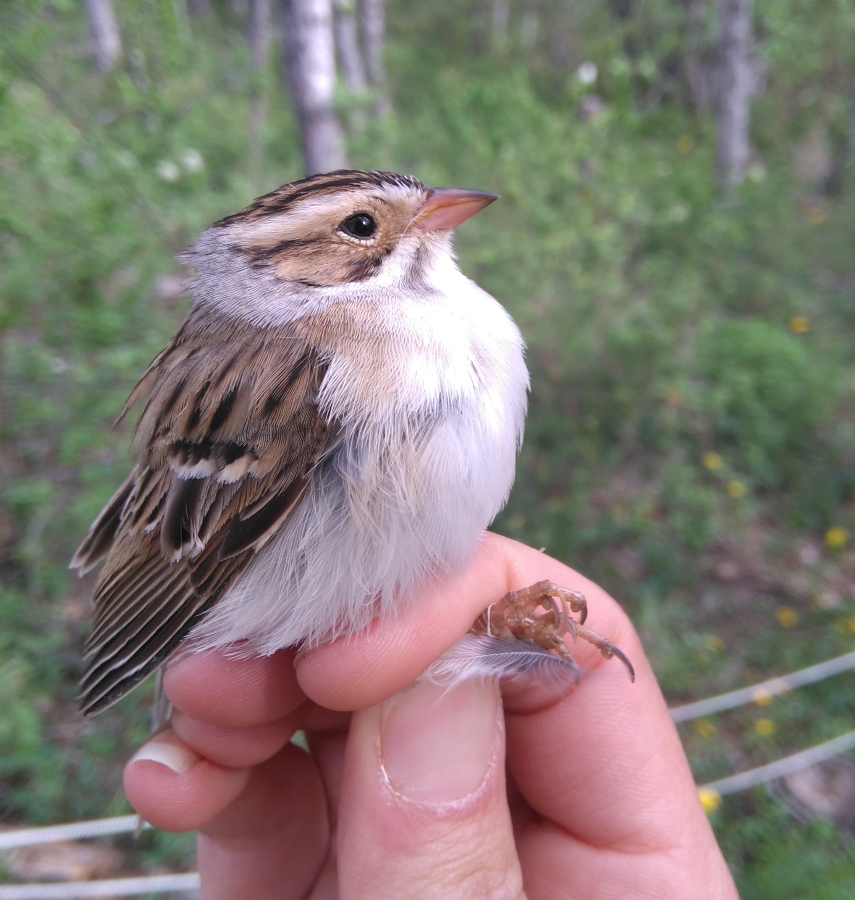