After another hot week we are wishing for rain as much as the wildfire fighters and officers. Bird activity has been pretty low given the heat, but every day this week new species have arrived. Now, with the exception of a couple warbler and flycatcher species, all the bird species we expect in the area have arrived. Despite the good diversity of bird species, we have not seen good numbers of birds except very early in the morning while it is still cool.

Most people are not aware that birds do the bulk of their migration during the night and that is because migration is a very energetic activity that generates a lot of heat. Feathers are incredible insulators, which anyone who owns a down jacket would know, and flying long distances in the heat and sun can quickly dehydrate a bird and exhaust it. The insulation quality of feathers sort of segues into another thing that many people are not aware of, why birds actually migrate. Lots of people think that birds leave the area because it gets too cold for them. In reality, birds are well equipped to deal with cold temperatures. All our migratory species have just has many feathers as the resident species and are just as well insulated. The big difference is that the migratory birds are mostly insectivorous species. It is not them that could not take the cold, it is their food that cannot survive the winter. So every year they fly up here to take advantage of the seasonal flush of insects and then head back to warmer climates in the winter. 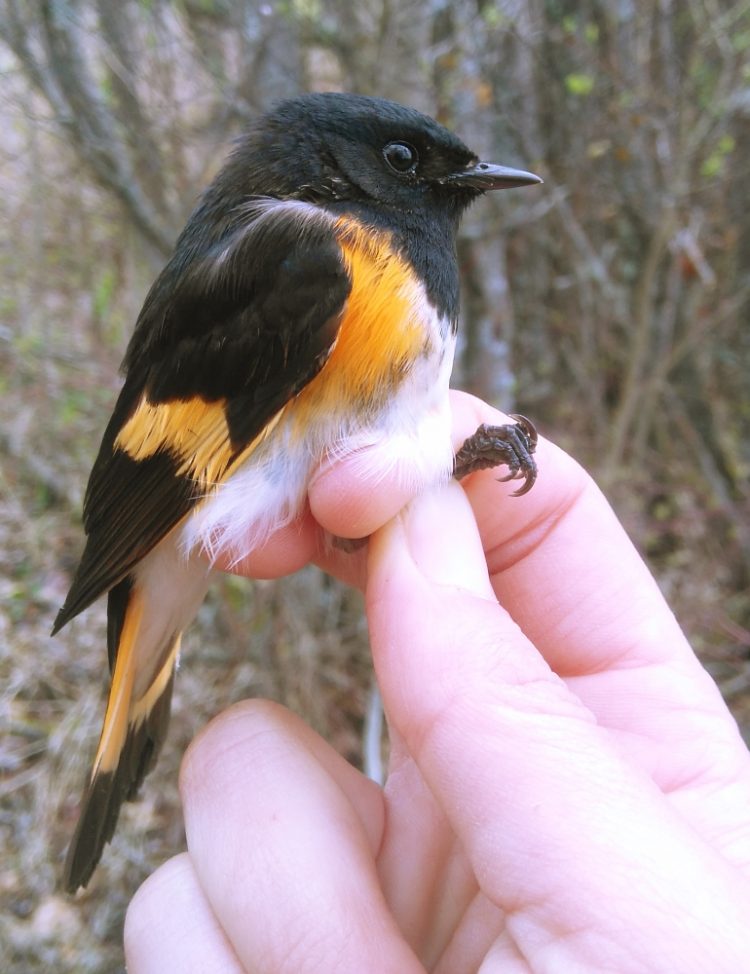 While I am talking about misconceptions, there is another one I want to touch on. One that I have touched on before in previous articles, but I feel I cannot stress enough. So often I hear ‘Well cats are made to hunt birds – it’s natural’ and I have to say yes. Cats are made to hunt birds. Cats are incredible at hunting birds and that is the problem. Cats are not native to North America so although they are ‘natural born bird killers’, North American birds are not natural born cat avoiders.

And cats do not exist in natural numbers; because we feed and house them they are able to sustain populations that would never be possible for a wild animal. Canada is home to over ten million cats that kill over 200 million birds every single year. Cats are in-fact the leading source of human-caused bird mortality in North America.

Free-roaming cats should be regarded in the same way we regard invasive weeds and introduced bird species like starling and house sparrow. As a pest that is detrimental to the natural ecology of our beautiful country. I am not a cat-hater, I have two cats who I love, but I keep my cats indoors or on leashes when they are outside. It is better for the cats who are safe from disease, coyotes and vehicles, better for the neighbourhood and much better for the environment. As a pet owner I know I am responsible not only for the health and safety of my pets, but I am also responsible for everything my pet does. I would not rip through people’s gardens and I would not kill songbirds so my cats will not either. 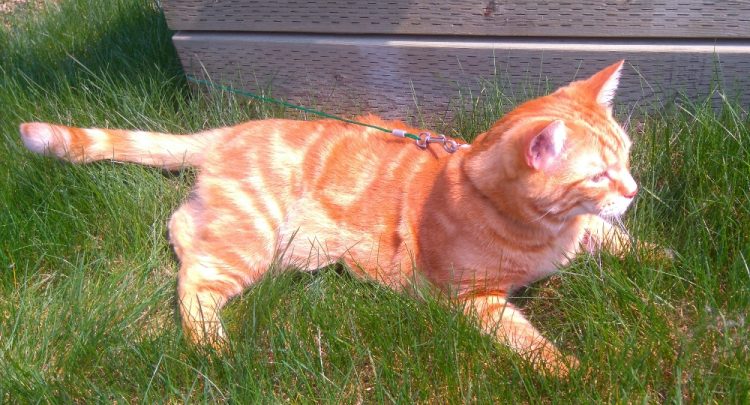 Leonidas happy on his leash