On May 22 the Lesser Slave Lake Bird Observatory (LSLBO) participated in the Great Canadian Birdathon. The Birdathon is a yearly fundraiser with teams from all across Canada attempting to see as many bird species as possible within 24 hours. Teams collect donations for local bird conservation groups and 75% of donations are returned directly to that group. The remaining 25% of funds goes to Bird Studies Canada, which uses the remainder to support conservation efforts across the country. 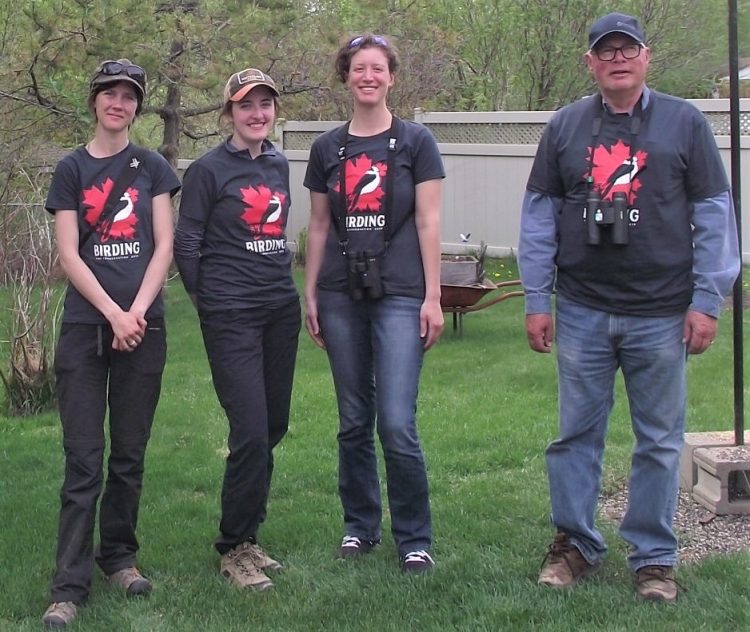 This year the LSLBO has three teams competing with each other in both raising money and seeing the highest number of bird species. “Team Tanager” covers the area around Slave Lake and consists of the bird observatory’s field staff: Robyn Perkins, Laura Tabbakh, and Bronwyn Robinson, plus one of our most supportive members, Wayne Bowles. Bowles recently ‘crossed the floor’ from the second team lead by long-time LSLBO member Ken Orich. Orich’s “Team Thrasher” scours Southern Alberta from the mountains to the grasslands and are the returning champions. This year, we also have a third team of familiar faces: Nicole and Richard Krikun, who ‘retired’ from the LSLBO in 2018 after 10 and 15 years, respectively. They are competing as “Best Laid Plans” and will be poking around in Northern Alberta on May 30.

Although Team Tanager did well for itself on May 22 and found 93 species, Team Thrasher did even better with a whopping 139 species. Team Thrasher is setting a very high bar for “Best Laid Plans” to beat. Although the birdathon is already over for two of our teams, if you would like to donate, you still can by following these links: 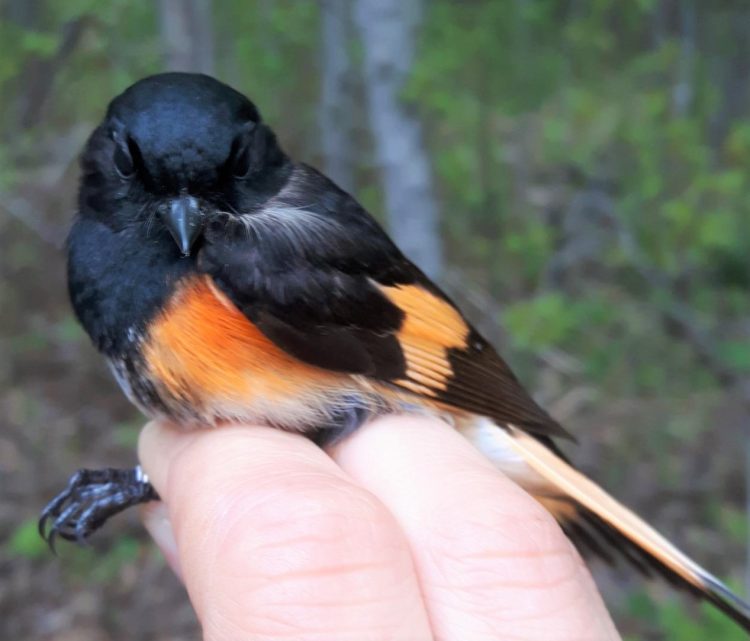 As for what has been happening at the bird observatory over the past week, it has again been very slow. Although many of our breeding species have arrived, we have not seen much active migration. American Redstarts and several other warbler species appear to be moving through the area in low numbers. The high winds of the past week have not helped our capture rates since the nets were often closed for bird safety, but 131 birds were banded.

Be sure to come out for the 24 annual Songbird Festival at the Boreal Centre for Bird Conservation this weekend. On Saturday, May 25, you can partake in the Early Bird Pancake Breakfast, guided birding hikes, bird observatory tours, and many fun children’s activities. If you have not done so yet, you can also view the new exhibits at the Boreal Centre that were installed over the winter. Register by Sunday, May 26, at 9:30 AM and you can participate in the 15 annual Bird Run/Walk (5K/10K) down the Trans-Canada Trail.

Species observed (taxonomic order) in the local area by Team Tanager on May 22, 2019: