It has been a great week at the observatory! The first two days were solid rain – which although we really needed and were thankful for – meant that we couldn’t do any netting. Despite not being able to catch birds, there was a lot to see. Hundreds of warblers and sparrows were observed migrating along the shoreline and more new spring-arrivals were observed, like Wilson’s warbler, Canada warbler magnolia warbler, and mourning warbler. On the weekend though, the rain stopped for us. It was raining in town and even at the Boreal Centre but for whatever reason the observatory was in a rain-free bubble. On Saturday we banded 40 birds. Our total could have been much higher had it not been so windy. Windy conditions, just like rain can cause unnecessary stress on birds caught in nets, so we close nets if they are being directly hit by strong winds. Sunday, however, had no wind and the banding was excellent. We banded 110 birds, mostly Swainson’s thrush, white-throated sparrow and ovenbird but there were a couple surprised tossed in like rose-breasted grosbeak and swamp sparrow. 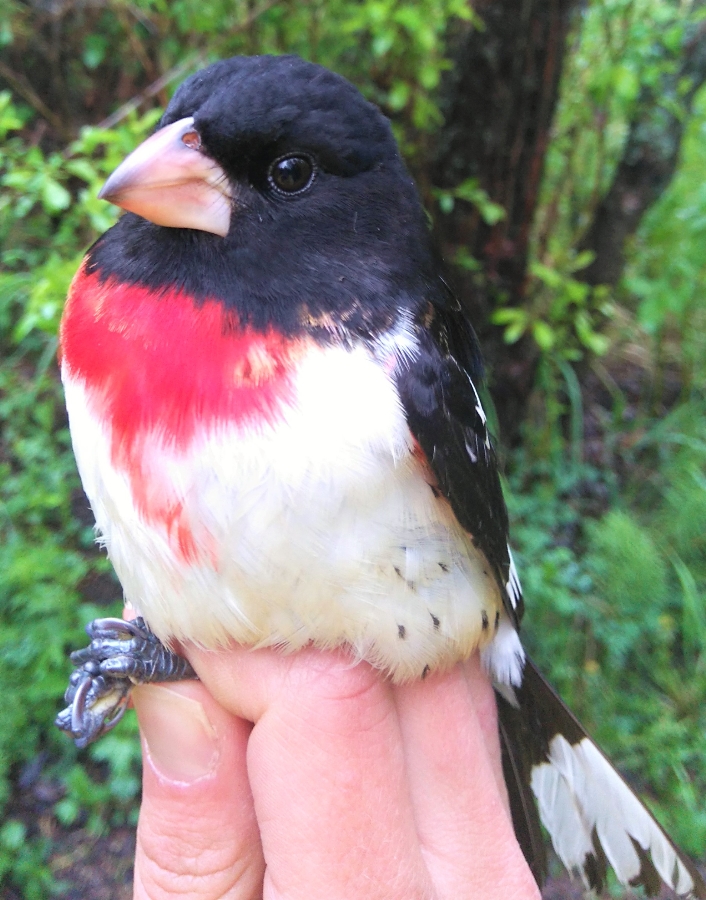 It slowed down for the next couple days as the weather once again became warm and sunny. We didn’t see a lot of bird migrating but we still banded just over 20 birds a day, which is our average. Despite banding fewer birds, we did band some good birds. We caught a palm warbler and a yellow-shafted flicker, both of which are species we only catch a couple of a year. More excitingly for me we caught a gorgeous adult male cowbird! This was only the second cowbird banded here in 8 years and the first adult that I have even seen in hand. Cowbirds are a species that unfortunately many people dislike. They have an amazing adaptation that historically was really cool, but in modern times is detrimental to songbirds. Cowbirds feed on undigested seeds in the droppings of large ungulates. Historically they followed the great herds of bison and because bison were always moving cowbirds couldn’t build a nest a raise young if they wanted to keep up to the herd (their food source). They evolved a clever adaptation of putting their eggs into the nests of other birds and letting those birds do all the time-consuming parenting. This was fine back then because the cowbirds would move out of an area and the smart songbirds who could recognize the cowbird eggs would push the egg out or start a new nest and their ‘smart genes’ would be passed on. The songbirds who couldn’t recognize the imposter egg would waste their summer feeding and caring for the large cowbird chick that pushed all their chicks out of the nest and their ‘dumb genes’ wouldn’t be passed on. Natural selection at work. In modern times cowbirds can feed on seeds in the droppings of domestic cattle and because cattle don’t move, the cowbirds have given up their nomadic lifestyle. The problem is that they didn’t give up their lazy parenting. Now one cowbird can repeatedly put her egg in the nest of a songbird and however many times the ‘smart songbird’ pushes that egg out, the cowbird can return to lay a new one. I always tell people that cowbirds aren’t a bad bird – they are just a bird who’s cleverness doesn’t have a place in the world we’ve created… regardless what a person thinks of them, though, you’ve got to admit they are shiny and pretty. 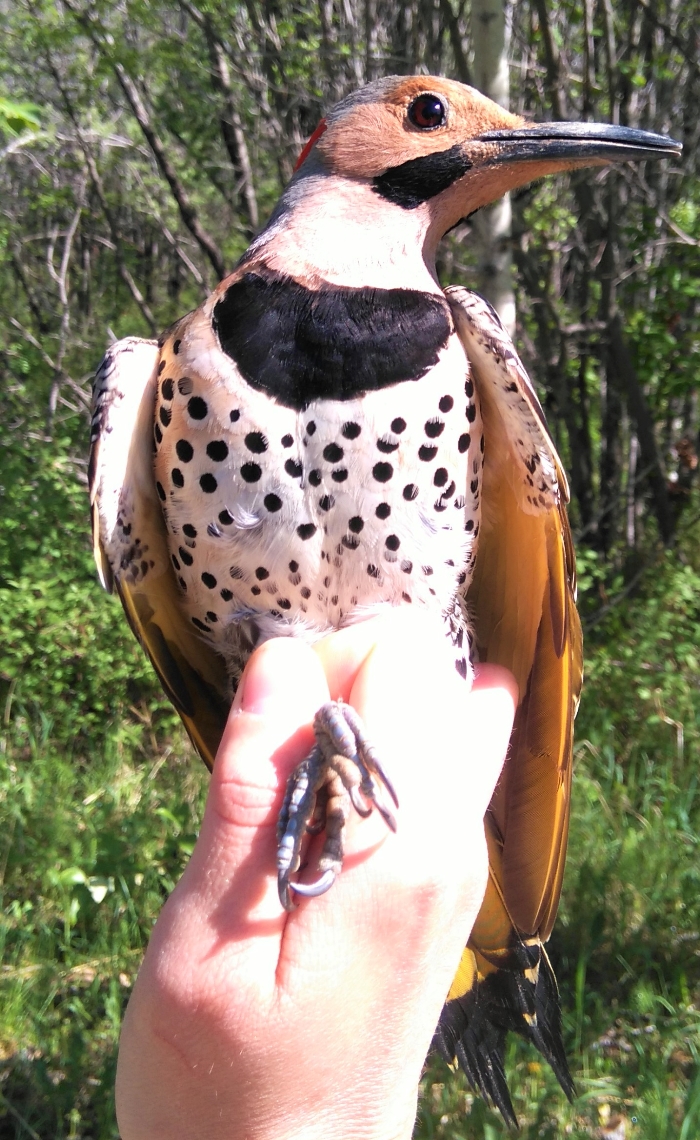 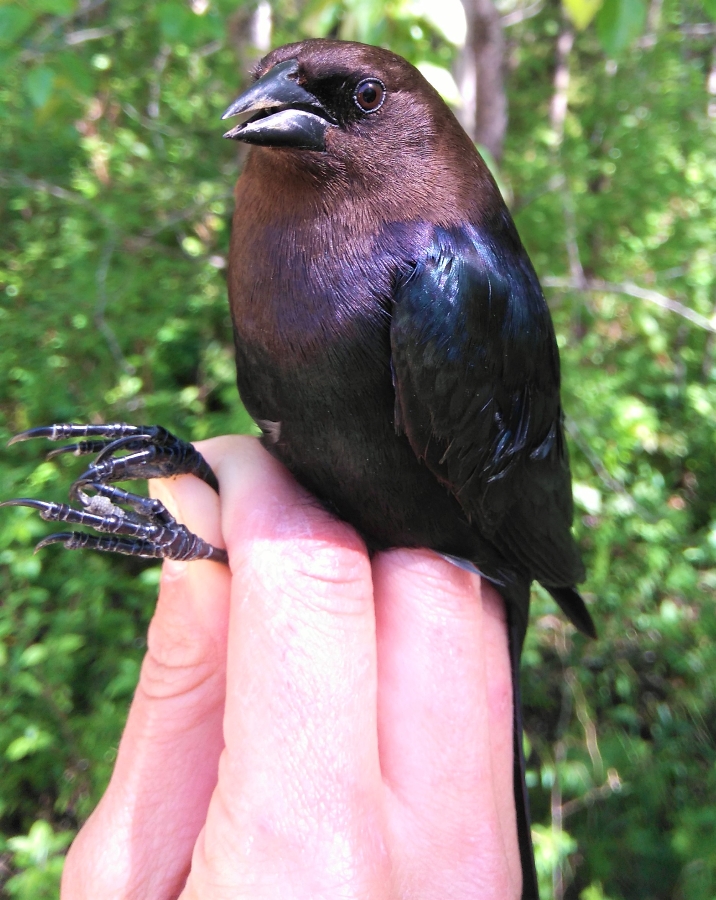