Despite the cold weather, bird migration is heating up. More songbird species are trickling through daily, but waterfowl movements are the highlight of this last week. On several days, we recorded more than 2,000 geese, with observers at the station counting over 15,000 geese migrating through on Sunday, May 5. Most of these geese were from two species: Greater White-fronted Geese and Snow Geese. Both species are heading up to their Arctic Tundra breeding grounds. Be sure to keep an eye and an ear open for these species while you are outside in the coming week as the last stragglers move through! 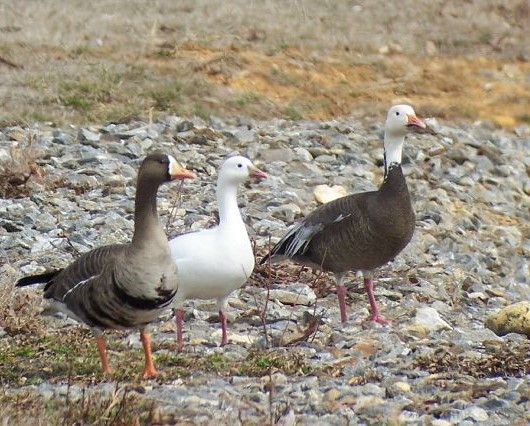 A Greater White-fronted Goose can be distinguished from the more familiar Canada Goose by the White-fronted’s smaller size, white feathers all around their bills, and a chest peppered with black and white markings. In flight, flocks of White-fronts make very high pitch honks that sound similar to a rusty door hinge being quickly and repeatedly overexerted.

Most Snow Geese are large white birds with black wings tips. These black wing tips can be useful for distinguishing them from other large white migrants, such as swans. Some Snow Geese, however, appear to be very dark with a white head due to a single gene difference from their mostly white counterparts – these birds are commonly called ‘blue morphs’. During migration, Snow Geese sound like a pack of baying, nasally hounds. 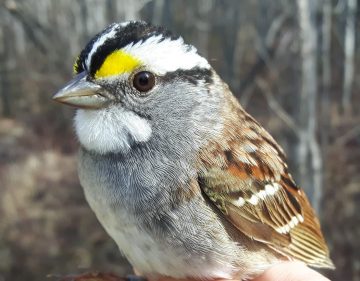 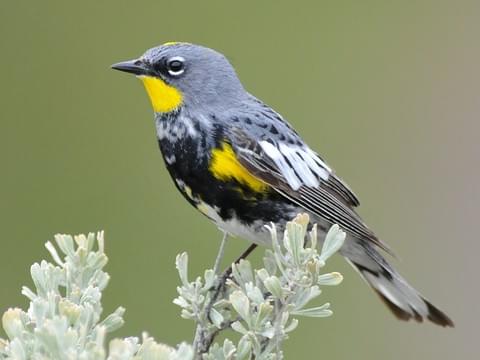 As for our captures in the mist-nets, it has been very slow at the station. Since last Thursday, many days were so cold that we could not safely open the nets. Thankfully the weather has begun cooperating and we were finally able to complete our first day of full netting coverage of the season on Wednesday. This week we have only banded 27 birds, bringing the season total up to 75 of 18 species.