We’ve finally had some rain this week and although it is getting quite late in the spring migration season, we did see some better migration as a result. It is too bad that this change in weather came after the peak period for most species including some of our top-banded species like ovenbird and Swainson’s thrush. Had this rain showed up even a week ago, we probably would have had a lot of luck with banding. It didn’t though and as it stands, with fewer than 500 birds banded, we are on pace to have one of the slowest banding seasons since our establishment. We may have missed out on the heavy-hitters, but thankfully we are still well within the migratory windows of mourning warbler, common yellowthroat, American redstart, Canada warbler and alder flycatcher and so we have seen and caught decent numbers of them. 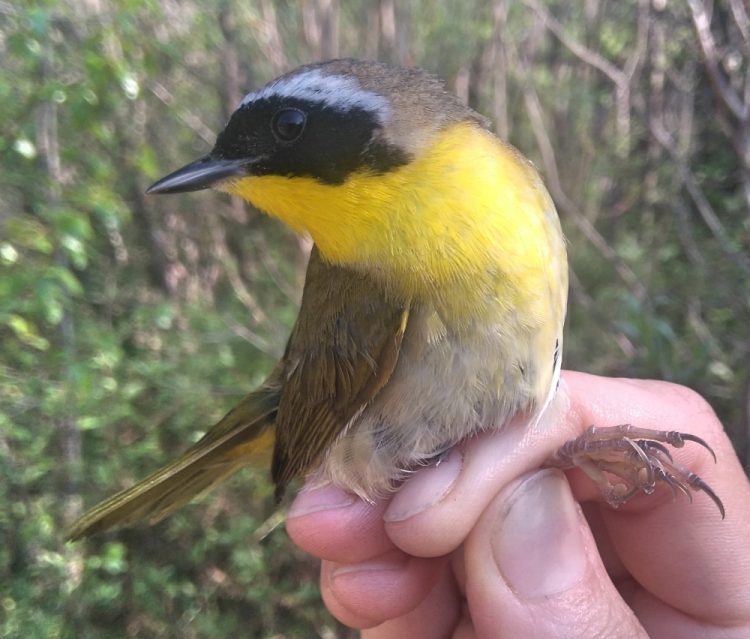 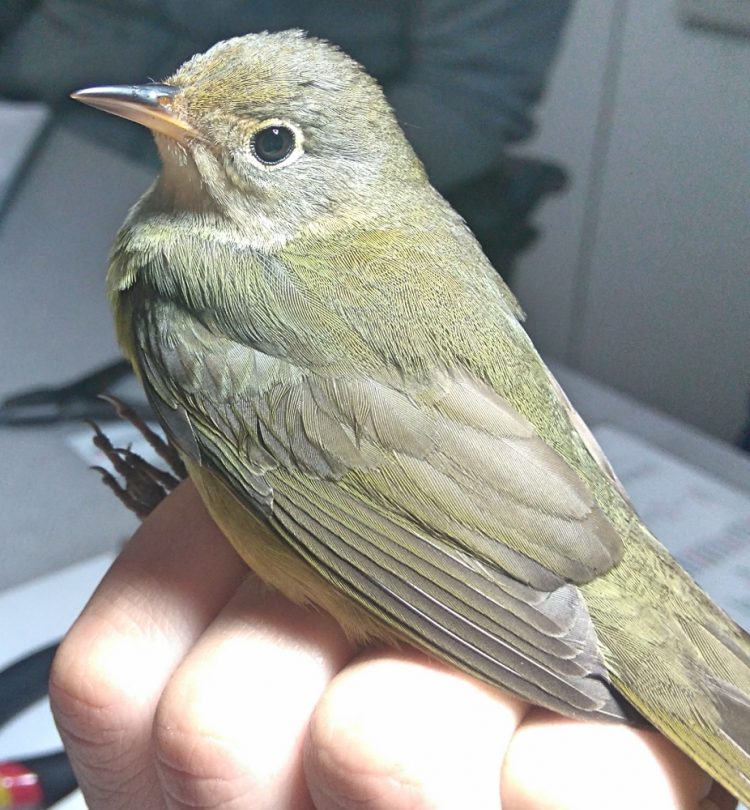 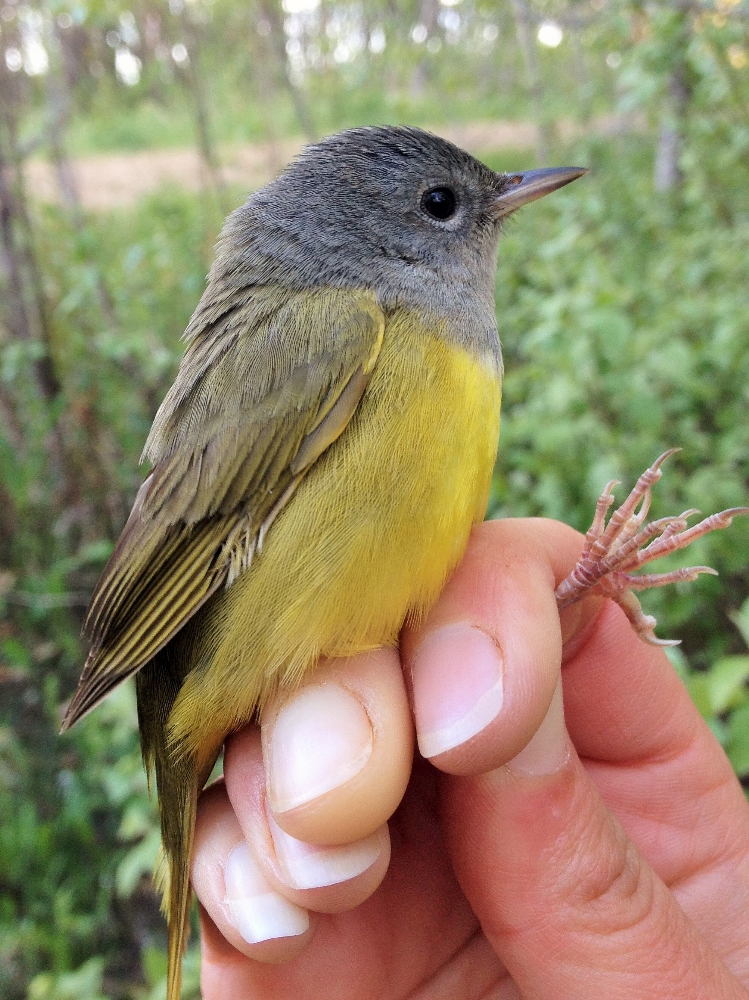 An even more interesting capture was a grey catbird. We have only banded six other catbirds in the last 25 years and for good reason – their range does not typically include our area.  Normally they are found about as far north as Edmonton, and even then in very low concentrations. They breed in thick, shrubby habitat throughout the parkland and are one of the few mimids in North America that does actually mimic. The mimidae family of birds is a diverse group of birds that include catbirds, mockingbirds and thrashers, and is named such for their mimicking abilities. Thrasher species make up the majority of the species in the family, though, and they do not mimic like the mockingbird and catbird do.

We only have another week and a half until spring migration monitoring ends on June 10, and hopefully the good birding weather and banding keeps up and we are able to reach a banding total at least somewhere near the average of 900. Even if it doesn’t though, it is nice that although we are not catching much, we are still catching some interesting birds here and there. 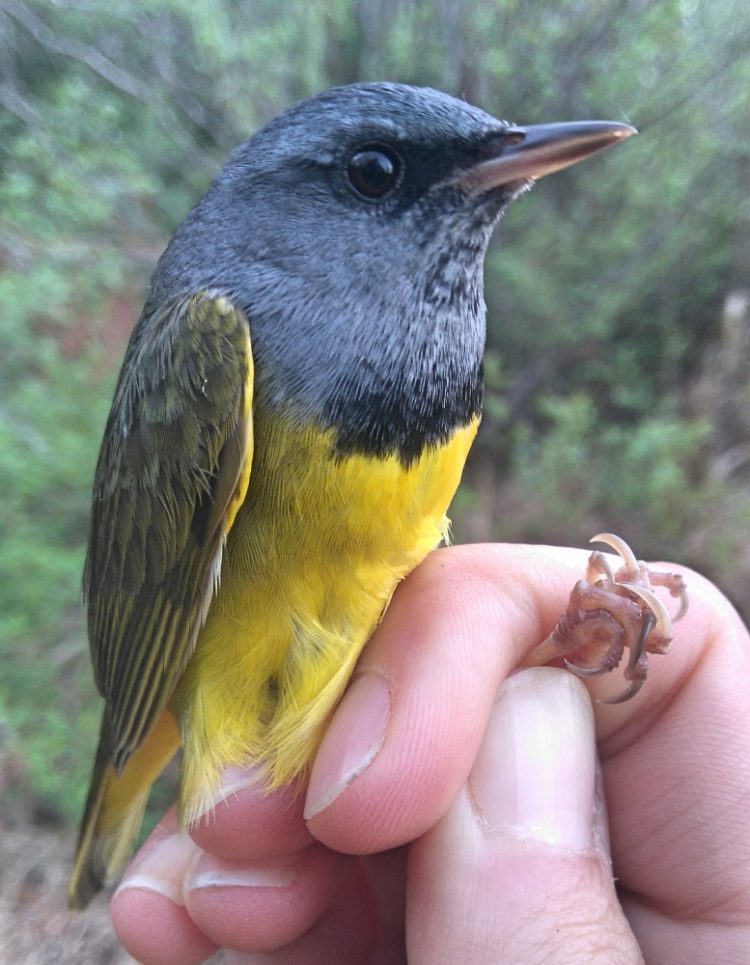