This past week started off slow, but ended up being fairly steady and was punctuated with a few first of the year, one amazing capture and a really awesome sighting. This week was also the 22nd annual Songbird Festival and may just have been the busiest one to date, probably thanks to the spectacular weather. Between 200-250 people came out to the Boreal Centre for Bird Conservation to enjoy the pancake breakfast/ BBQ lunch, hikes, workshops, talks and children’s activities. Of all the people at the BCBC, 150 came down to the Lesser Slave Lake Bird Observatory to try their luck at seeing a bird-in-hand. To our great surprise, given how slow the banding had been the previous days, everyone who came to the observatory got to see a bird banded. 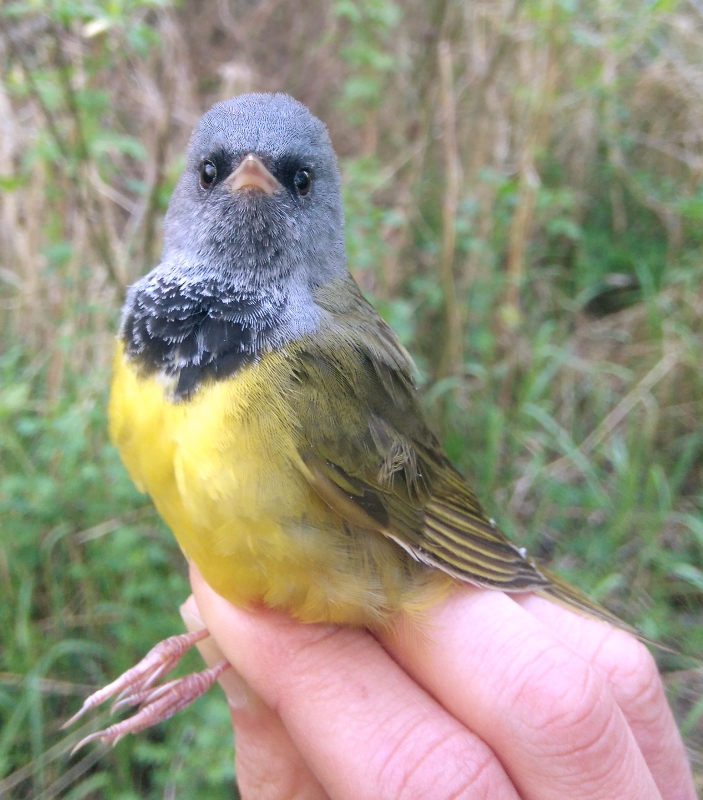 One of the firsts for the week were Cedar waxwing. Sighting them truly marks the end of spring migration as they are the last species to arrive here. This rather distinctive species of bird is commonly seen and heard in an assortment of habitats, from urban, to rural to wilderness. They are pretty birds, with a fluffy crest, black mask and silky plumage that graduates from orange to yellow to grey along their bodies. Their call is a high thin whistle and they make a lot of noise while foraging and flying about in large flocks. They feed almost exclusively on fruit which is why they arrive so late. The adults will eat old fruit and seeds as well as insects when they first get here, but they time their arrival so that their chicks hatch in time with the ripening of fruiting trees/shrubs in the area. 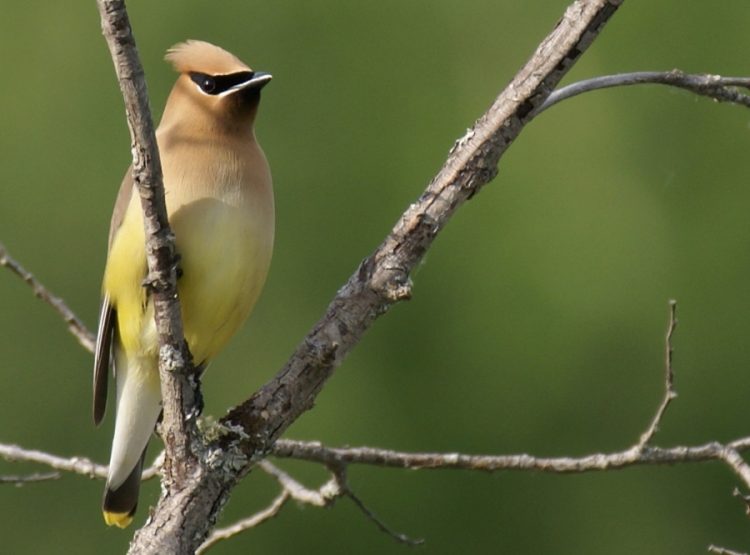 The other firsts for the week were bandings as opposed to sightings. We caught the first Canada warbler, mourning warbler, magnolia warbler, blackpoll warbler and red-eyed vireo of the spring. Another capture that was a first for the year was also a first in many years. The second ever American goldfinch for the LSLBO was captured and I was heart-broken that it happened on one of my days-off. They are high on my banding-bucket-list (surely all banders have a banding-bucket-list?) and if our banding history means anything, I’ll have to wait another 15 years for another to be captured. Although not uncommon, these gorgeous little finches have little interest in flying low within range of our nets. 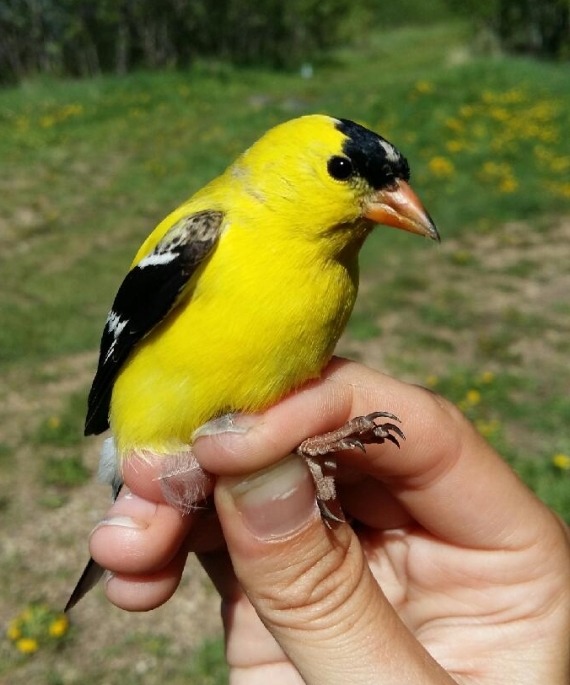 Thankfully for me, I may have missed the awesome capture of the week, but I was there for the awesome sighting. A pair of parasitic jaegers were riding the wind down the shoreline early one morning to my surprise and delight. Jaegers are relatives of gulls and all three North American species breed up in the Arctic Circle and then spends their winters far off-shore in the oceans. They typically migrate along the coast, but very occasionally they get blown in-land. Their name comes from the German word, Jäger, which means hunter, and the parasitic jaeger’s name is apt. They use their size and agility to chase and harass other sea-birds so they can steal fish from them. When they aren’t thieving other bird’s catches, they are thieving chicks and eggs and unattended nests. 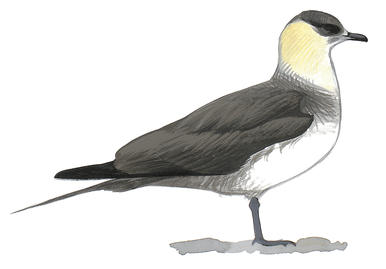