Though the air is filled with birdsong as Tennessee Warblers and White-Throated Sparrows compete for loudest voice in the boreal forest, migration has continued to slow this week at the Lesser Slave Lake Bird Observatory (LSLBO). While slow, the trickle of birds in the mist nets has brought our organization to a milestone on May 29.

But first, a brief history lesson. Nearly 30 years ago, in 1993, birds were first banded on-site by members of the Beaverhill Bird Observatory to test if a similar station could be set up on the shores of the Lesser Slave Lake. Results were promising and by 1995 the LSLBO was its own independent, non-profit society monitoring both migrating and breeding birds. Overtime, our core monitoring programs have expanded and several short-term collaborative projects have been completed.

Without further ado, we are pleased to present the LSLBO’s 100,000th bird banded: a female Yellow Warbler! This crowning achievement is due to the combined efforts of all our projects and of all the staff and volunteers in the station’s twenty-nine years of banding. Our utmost gratitude goes out to everyone who has made it possible to keep the station running smoothly these past three decades. 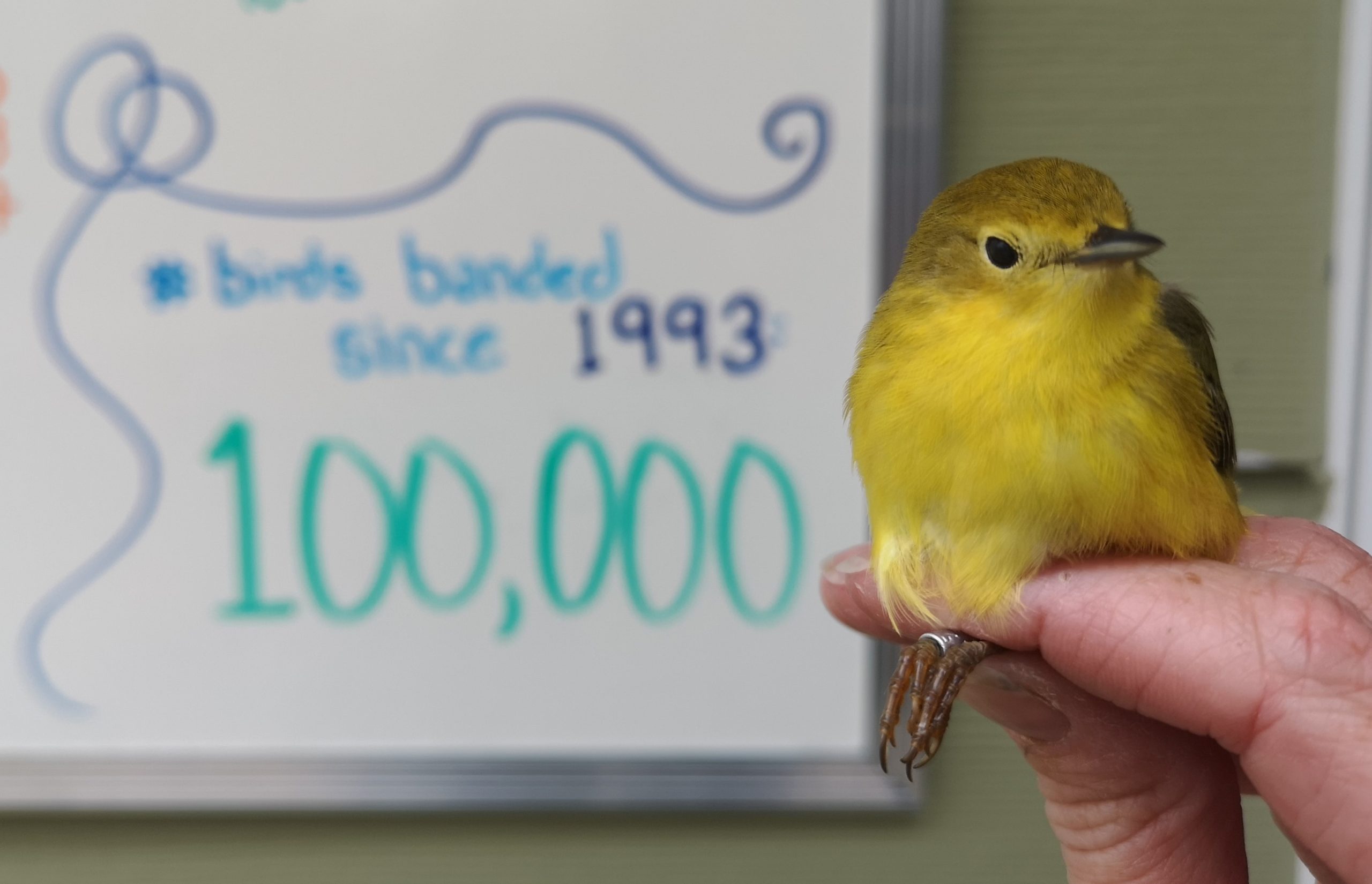 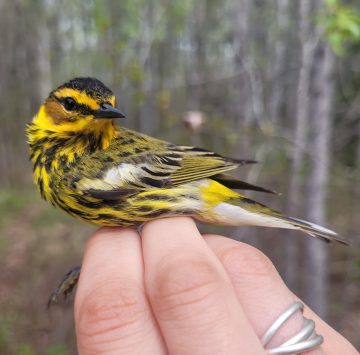 The Yellow Warbler is a fan favourite for visitors at the station. From their tails to their legs to their heads, these bright yellow warblers are appropriately named, and easy to spot in the trees and flying overhead. Males have bold red streaking on their breast, while females are more muted.

The colour yellow itself is popular in the bird world, from the lores of a White-Throated Sparrow to the telltale rump of a Myrtle Warbler to the LSLBO’s figurehead, the Western Tanager. While the Yellow Warbler is a flagship species for the colour, there are a number of other birds whose plumage is dominated by the brilliant hue.

Another exciting yellow bird to be captured this week was a Cape May Warbler – the first to be banded in spring since 2012. These spruce-loving warblers migrate north to the boreal forest from the Caribbean and Central America. With their bright yellow and red faces and boldly streaked breasts, the Cape May Warbler in breeding plumage is a marvel to behold.

Yet another exiting yellow(ish) bird captured recently was not one, but two Le Conte’s Sparrows – the fifth and sixth ever banded in the spring! While not as vibrant as the aforementioned species, this sparrow can appear quite yellow when compared to other sparrows. 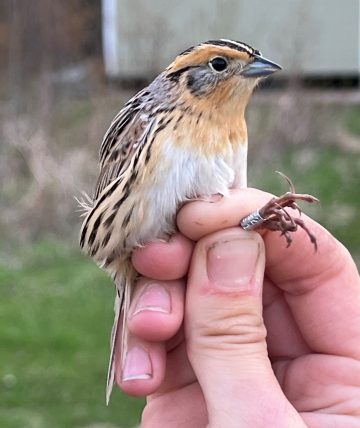 Keeping with the “yellow” theme, our latest arrivals, Canada Warblers and Mourning Warblers, signal the coming end of the spring migration season. Look out for the Canada Warbler’s black speckled collars and pale eye ring, and the dark head and black bib of the male Mourning Warbler. As the spring comes to a close with just under two weeks left, we wish these birds a successful breeding season ahead.