Spring migration is winding to an end. With only a week left of monitoring there is no longer the hope that bird activity will pick up and our totals will reach the average. That is okay though, since what we are lacking in quantity, we are making up for in quality. Every spring we expect to catch a few unexpected species; not necessarily rare species but rather species that we encounter very rarely – perhaps once in every five years. This is one of my favourite things about spring migration. Young birds that are travelling to their breeding grounds for the first time often get a little off-course and end up slightly (and occasionally very) outside of their expected range or in atypical habitat. Over the last two weeks we have caught several of these unexpected species.

The first was a Connecticut warbler (we are right at the northern edge of their range). Jacob, our assistant, was the one who found and extracted it while we were checking the nets. He had no idea that we don’t normally encounter this species so he casually mentioned ‘I got a new warbler species for the spring’. My response was ‘oh, I was wondering when we would get a Wilson’s warbler’ since that is the only expected warbler species we haven’t yet banded this spring. He stated that it wasn’t a Wilson’s. I pondered and guessed a few more species that are commonly encountered but rarely banded like black-throated green warbler, bay-breasted warbler, and Cape May warbler. He said no to all of these. At this point I think he realized that he had something special and was quite pleased when he revealed its identity. 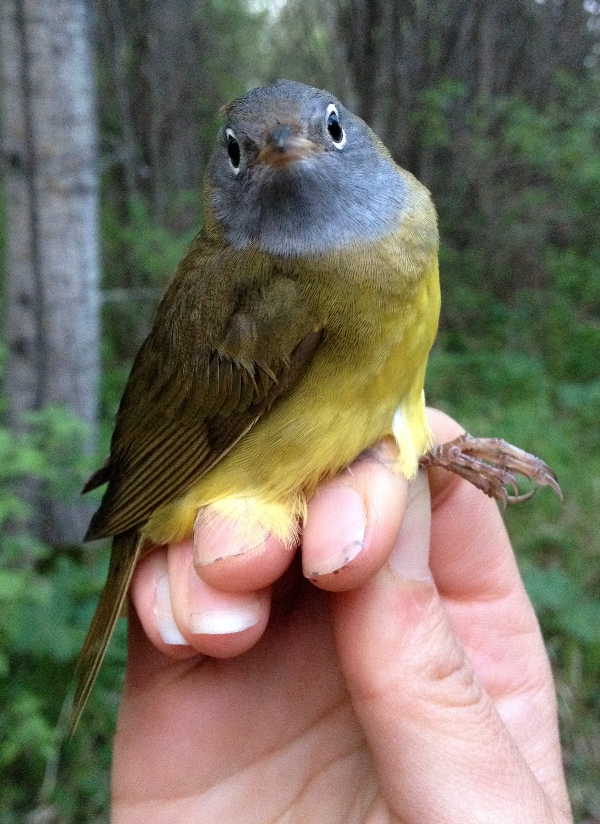 Two days later it was Jacob who once again who pulled out an unusual bird. This one he thought was one of the two nearly identical flycatcher species we get – the least or the alder flycatcher. He told me it was one of the two but he didn’t look close enough in the net to know for sure which. When I got to the lab and pulled it out of the bag I was shocked to see that it was neither. It was a yellow-bellied flycatcher (we don’t encounter them often as they prefer bogs and wet, coniferous habitat). We then ended up catching another yellow-bellied flycatcher that day as well as a Nashville warbler (a species normally found only as far west as mid-Saskatchewan). Then mid-week we caught a house wren (not as uncommon as the rest, but still a really good bird); finally, we ended the week off with a western wood pewee (a species that is naturally uncommon). 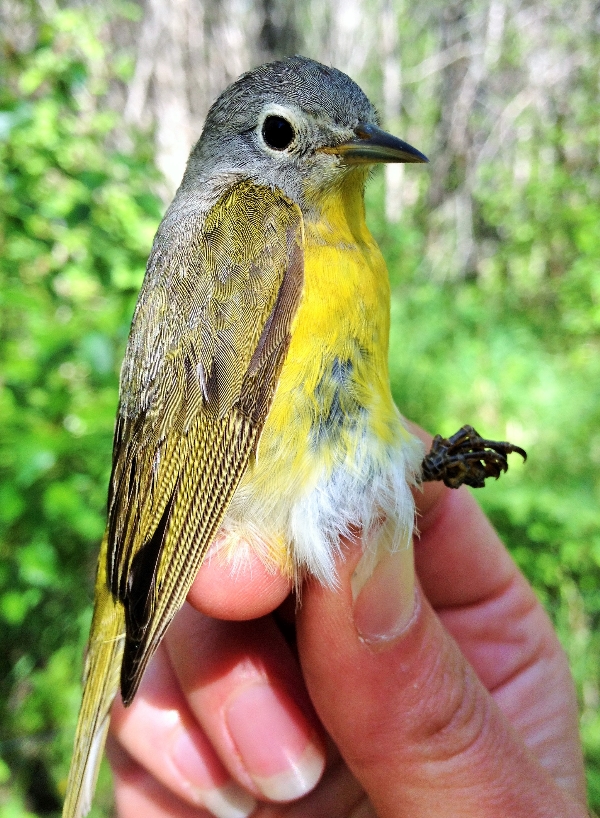 I hope our final week of spring migration continues to deliver new species; we certainly won’t be breaking any banding total records, but with a bit of luck this year could be the new spring diversity record. 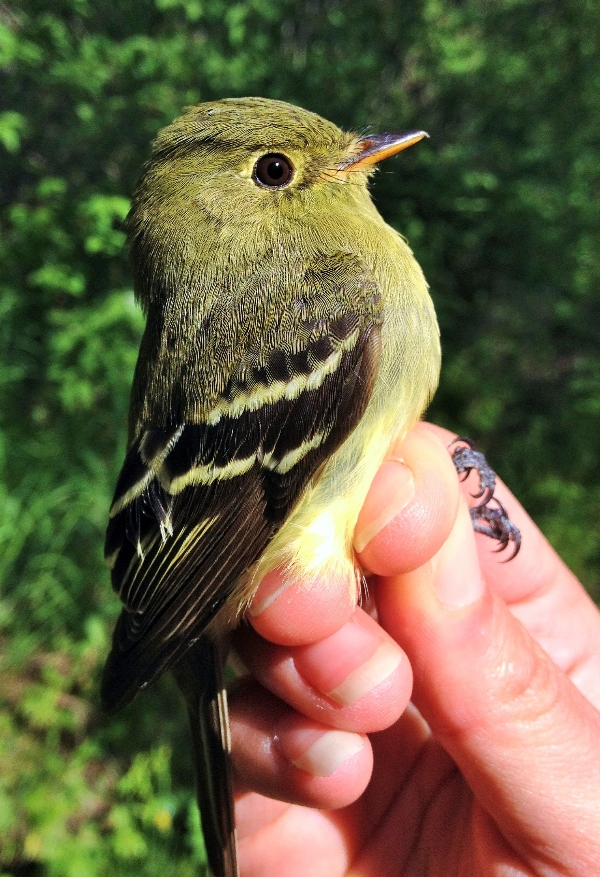