Last week I opened by saying it felt as though migration was taking its time getting going. Well this week, at least for half of it, migration was on. May 4 marked the beginning of the migratory rush we had been waiting for. Over 3300 American robin passed over the observatory and they were joined by over a thousand blackbirds, 850 myrtle warbler, several hundred greater white-fronted geese, and 300 some junco.

The fourth was also the last day the researchers from Columbia University were up. Unfortunately for us, not a one of those 3300 robins decided to land where we had the nets set and so we were not able to deploy anymore GPS units while they were here. They did, however, leave them with me as Ruthie plans to return in the summer and we are going to deploy them on breeding birds with the hope of determining the wintering grounds of the robins that breed around here. We also figured I could deploy them on robins caught at the lab, though after a big push like that we assumed American robin were done passing through for the spring.

We were wrong. The next day we counted another 1500 robins flying by overhead, and we even caught one and sent it on its way with a GPS unit. That day we also counted well over a thousand greater white-fronted geese, lots of blackbirds and plenty more American pipit and myrtle warbler. So we thought surely the robins had to be over now. Nope. Birds continued to push forward in huge numbers on May 6. Another 2800 American robin were seen, seven of which were outfitted with GPS units (bringing the total number of GPS units deployed to 13 out of 27. Not bad considering last week I thought we were going to end up with only three out). Greater white-fronted geese also had a big day with nearly 7000 counted. As with the other days, other migrants included several hundred myrtle warbler, American pipit, blackbird and various sparrows. Also passing over that day was over 300 Lapland longspurs, a species we usually see decent numbers of, but very rarely numbers in the triple digits. 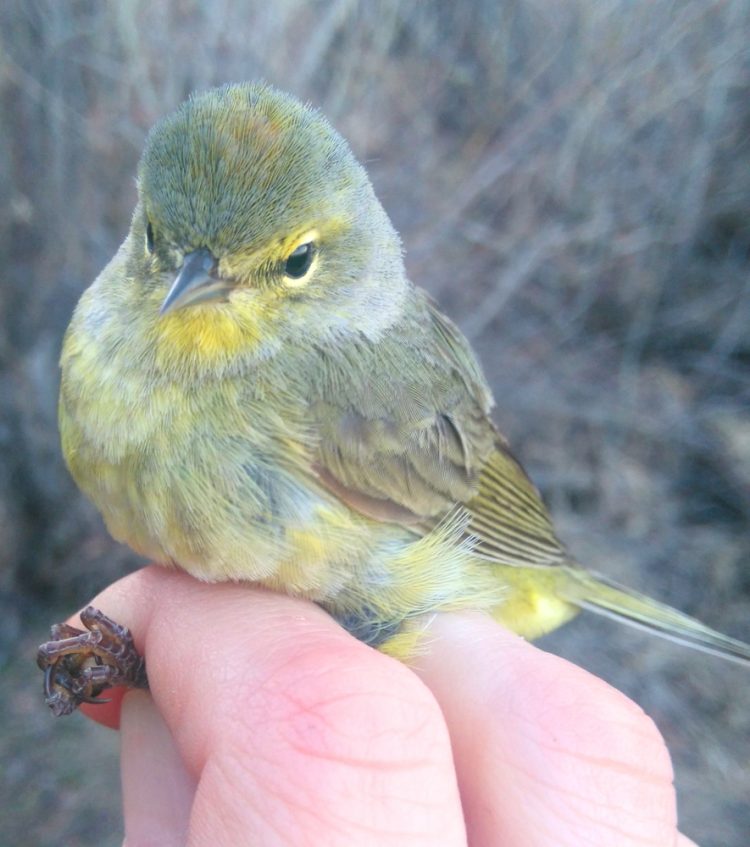 Ironically enough, given how we struggled to catch robins for the research project, this year we broke the LSLBO’s record for the most robins counted in a day not once, but twice. The previous record was just around 2400 set back in 2012.

From there things started to peter out again. Geese, both greater-white fronted and snow, continued their push through the next day, but by May 8 migration had slowed right down. With the robin, junco and most the other early migrants through, we are now waiting on the big push of mid-season migrants, namely the thrush and the bulk of the warbler species. A few warblers (aside from the myrtle which have been around for weeks) have started to show up, some black-and-white, orange-crowned, and western palm warblers have been seen in small numbers and we have been happy to catch a couple here and there. 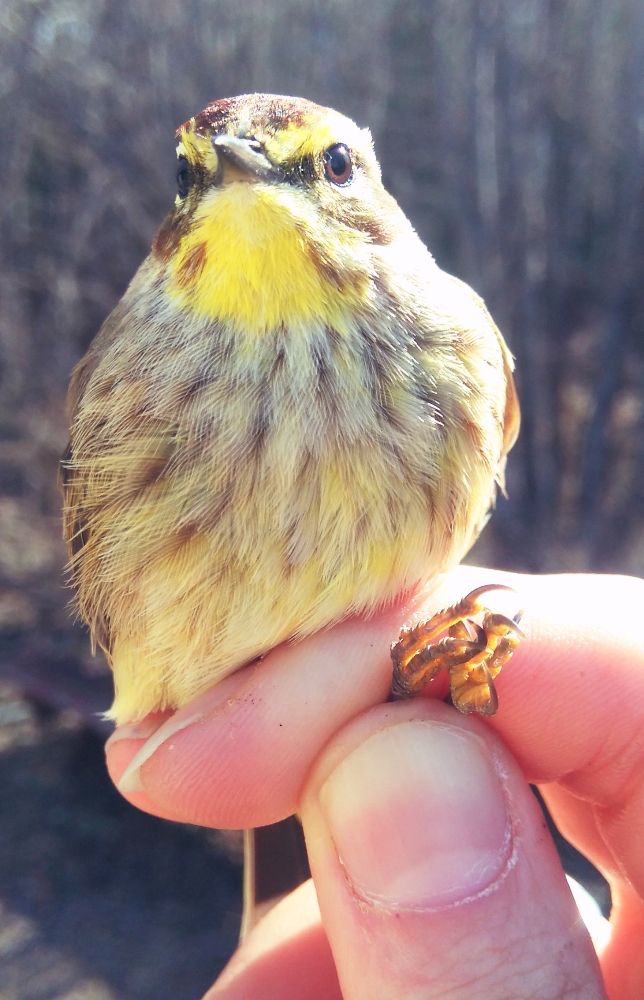