Another week of northern saw-whet migration monitoring and once again very few owls to show for it. Generally when things are going slowly for us I have a ready hypothesis as to why, this year I have been scratching my head to come up with any reason as to why this October has been so quiet. Sure there was a full moon for a while, which generally means reduced captures and there have also been plenty of windy and rainy nights, but that doesn’t explain all the ideal weather nights on which I captured zero owls. It also doesn’t explain why I haven’t caught a single boreal owl. I thought perhaps boreal owls had a very bad year but the Beaverhill Bird Observatory near Edmonton caught one, and they even caught it earlier than they normally see boreals to boot! 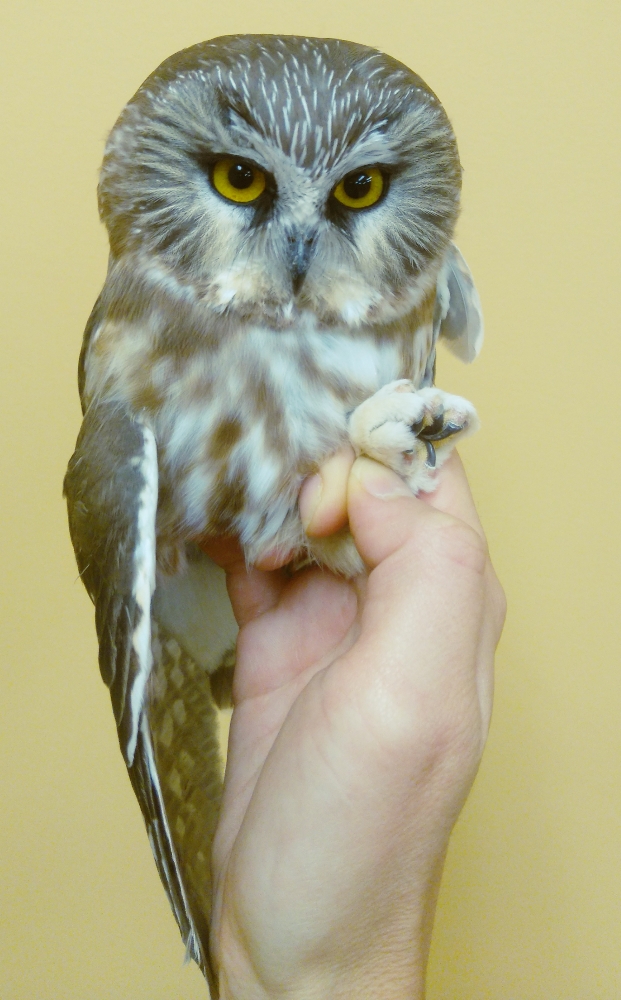 One of the few saw-whet owls banded this week.

I was flipping through the data the other day and the only thing I noticed that seemed out of the ordinary was that I have caught very few older birds – most of my owls have been individuals born this year. Although we do always catch more young birds than older birds, the ratio this year is off. So it got me wondering if perhaps the older birds weren’t migrating for some reason this year.

With owls, just like songbirds, the younger birds move before the older birds. Given the migratory window for saw-whets is the months of September and October, we generally see mostly young birds in September and then a mixture of young and older birds in October. So that would explain why September went really well but this month has been a bust.

I suppose the big question is why would the older birds not be moving? Owls, just like other raptors as well as waterbirds, sometimes choose to stay on their breeding grounds over the winter to ensure that they get first pick of habitat when spring comes around. Getting to pick the best habitat is a huge advantage, birds with territories that have ample food and nesting locations are more likely to successfully raise more young than birds forced to nest in subpar habitat.

The reason that smaller owl species leave during the winter has more to do with snow cover than cold. All owls are very well adapted for cold temperatures. They have thick fluffy feathers all over their bodies and even their toes are fully feathered. What they are not good at dealing with is deep snow. Larger owls have no problem plunging through deep snow to get to mice scurrying below, but something like a saw-whet, which only weighs 100 grams and is the size of a pop can, simply cannot get to prey beneath snow deeper than a few inches. 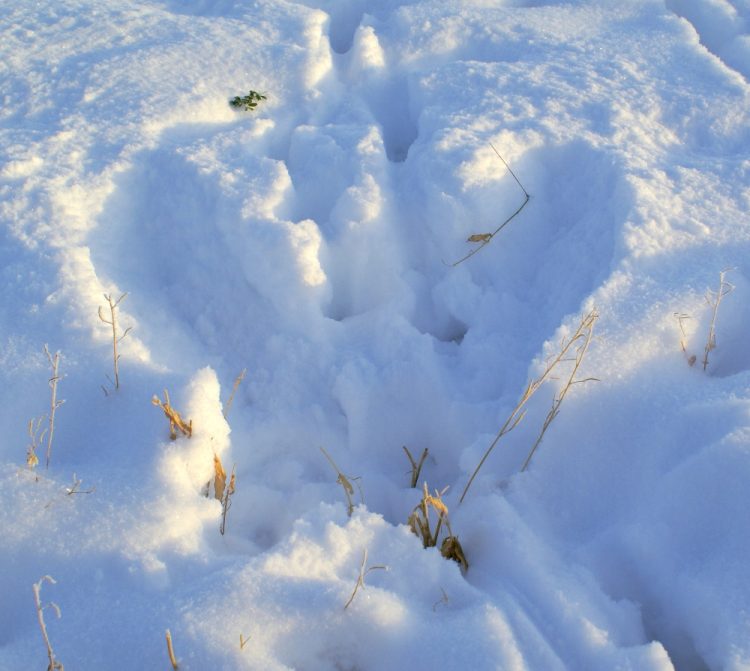 plunge hole through the snow made by a larger owl species.

I suppose if I am saying anything at all with this article, I am saying that I wonder if the owls are predicting a year of low snow fall. I guess we will have to wait to find out.