With thousands more birds overhead and a day of 202 birds in the nets, September began busy for the Lesser Slave Lake Bird Observatory. The vast majority of these observations were Myrtle Warblers, but they were joined by a handful of Orange-crowned Warblers, Palm Warblers, Cedar Waxwings, and what was likely the last of the Tennessee Warblers.

You may have wondered how we manage to keep track of so many different species in the seconds it takes for them to migrate overhead. After we have identified them, how do we put that record down on paper?

Although some species names are short, recording Swainson’s Thrush, Black-and-white Warbler, Greater White-fronted Geese, or Black-throated Green Warbler would take long enough to write that we would lose track of the birds migrating overhead. Luckily we do not have to write out these full names and can reduce any species name down to just four letters. 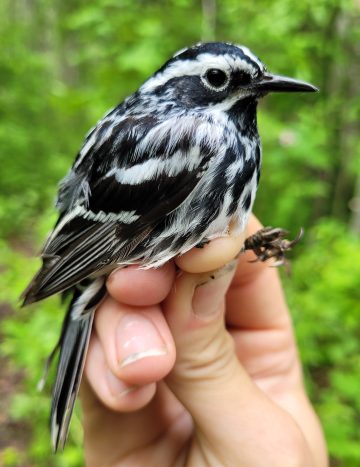 Above: The Black-and-white Warbler can be shorted into the four-letter code of BAWW.

This coding system is widely used across North America to speed both data recording and entry into digital databases. It even allows us to band 202 birds in a day without spending an onerous amount of time simply writing the species’ names down. Using a straight-forward set of rules lets researchers figure out codes they might not have seen before and reduces the need for memorization.

Slightly more difficult are species with hyphens in their names. For these species, only one letter is selected from each of the hyphenated components with the remaining space left for the unhyphenated part. Thus Black-capped Chickadee becomes BCCH, Black-and-white Warbler becomes BAWW, and Greater White-fronted Goose becomes GWFG. 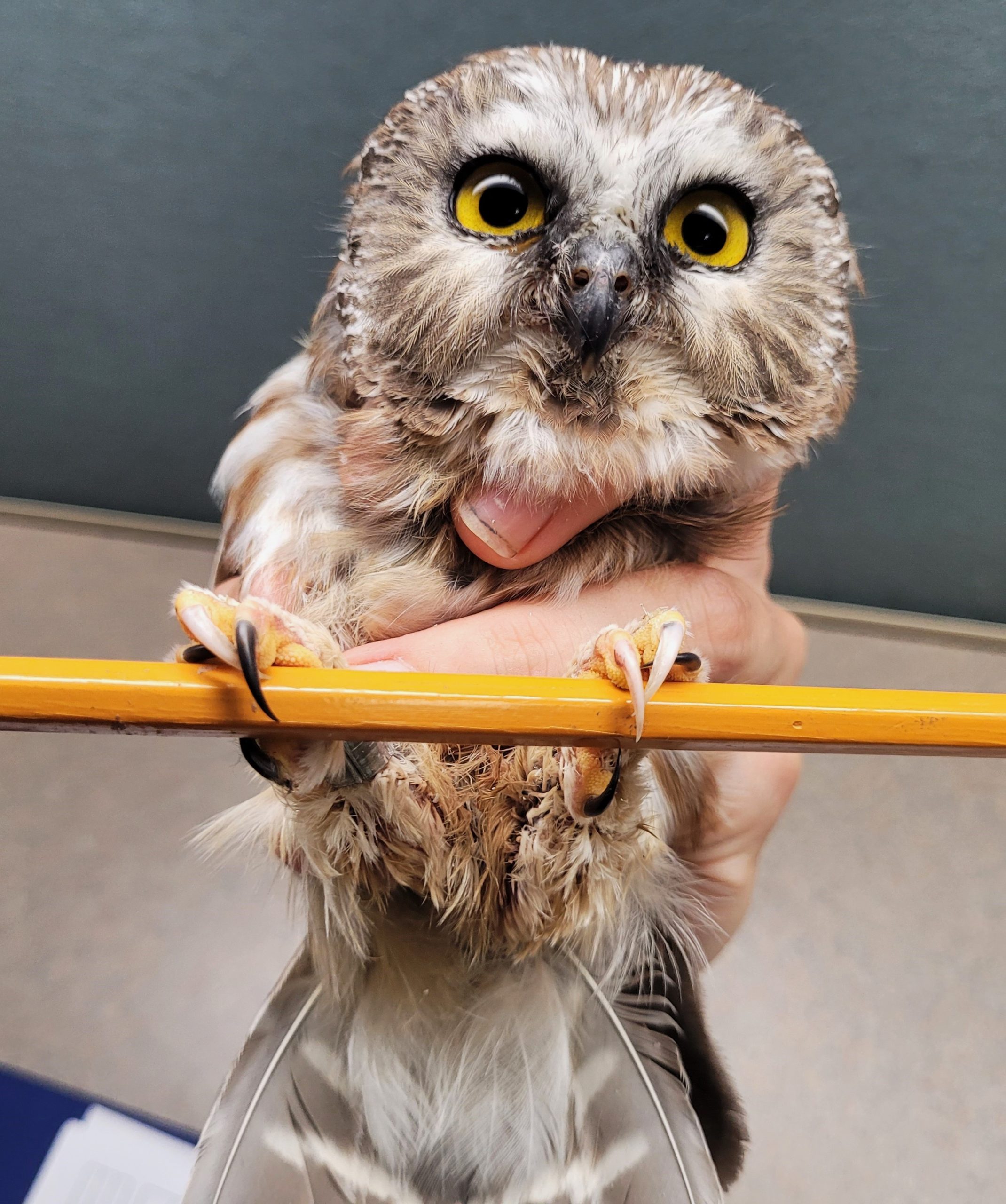 Above: This Northern-saw Whet Owl was the first banded in 2022. She was extra special because of her white talons which are normally uniformly black.

Although we use it daily, the need for this short-hand would not last as poor weather plagued the later half of the week to both reduce our netting efforts and to make songbird migration too difficult to undertake. However, our owl banding program has been able to run its first few nights and captured sixteen Northern Saw-whet Owls. Can you figure out their four letter code?