We are half way through September and it is looking like this is going to be one of the slowest fall banding seasons on record. I highly doubt we’ll set the record for the slowest (we are at around 1150 birds banded, needing only a dozen more birds to beat the worst year), but unless something drastic happens, we will most certainly be in the bottom three. To put things even more into perspective, our total total only just creeped above last year’s myrtle warbler total (fall 2016 we banded 1126 myrtle warblers). 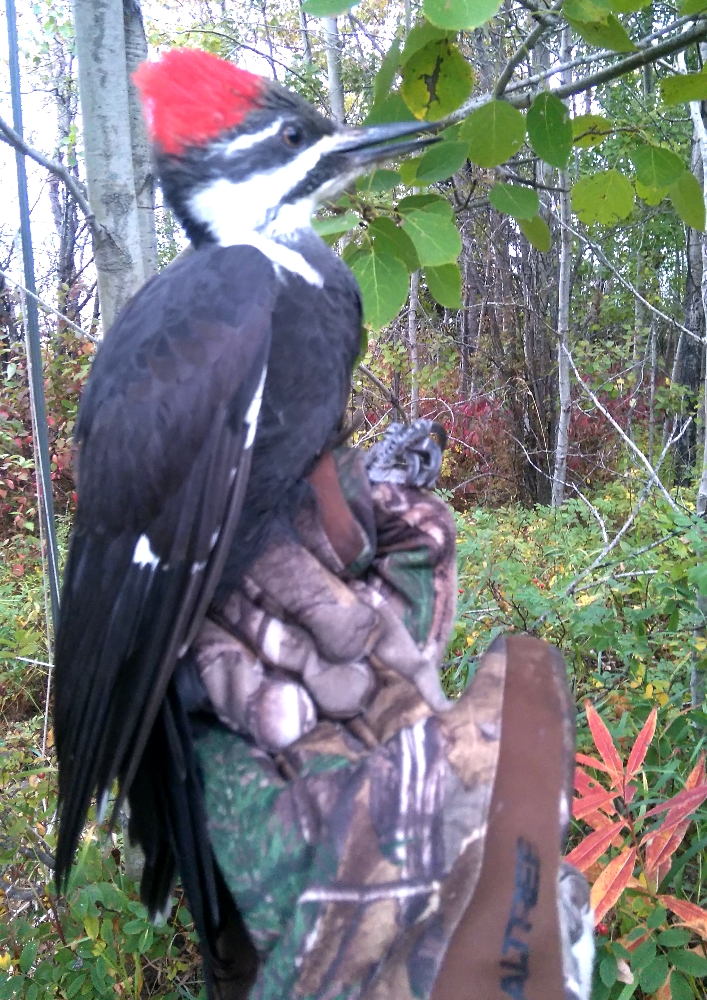 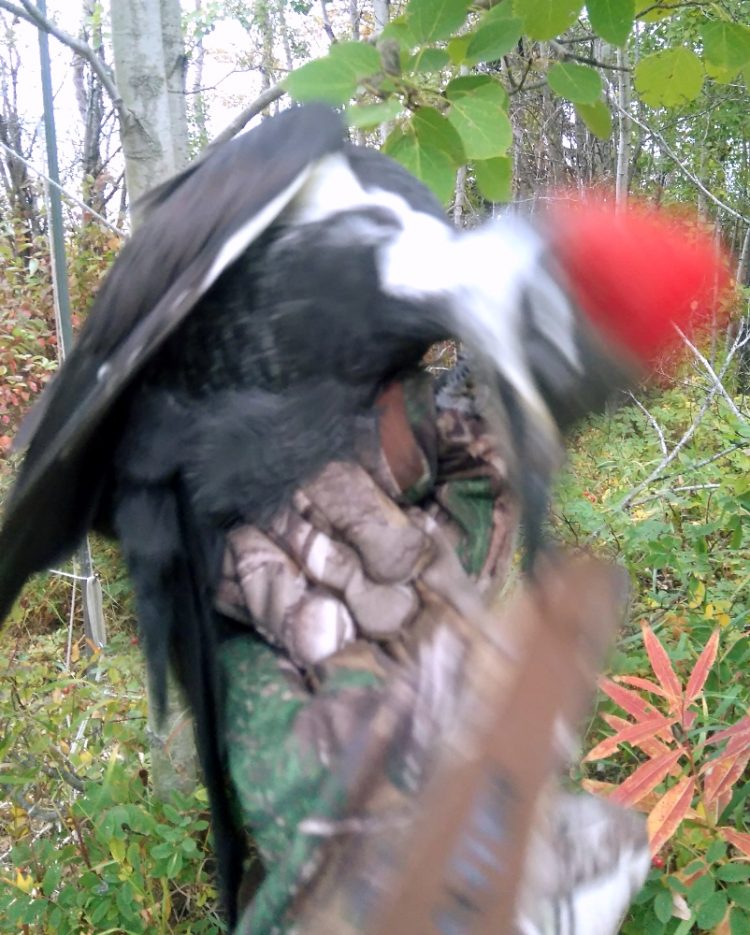 The only bird species I where gloves to handle.

We aren’t the only one experiencing a slow fall banding season, other stations in Alberta seem to be experiencing lower than average capture rates as well. It is interesting to look at data from other places as you can often see the same trends, demonstrating that migration monitoring works. There is debate on how much observer bias and weather-related factors muddle up data, but when you see the same things being recoded in other places it is proof that our standardized methods are working to counteract the inevitable human-bias.

Northern saw-whet owl banding is going well on the nights where the weather wants to cooperate. The wind that plagued us throughout August is persisting through September and is no doubt partly to blame for the low songbird banding totals, and definitely to blame for any of my owlless nights. After my very busy night of 25 owls last week (24 captured and 1 previous-year recapture), I’ve caught between 0-2 owls a night except on the one completely calm night where I caught 17.

In the years I have lived in Slave Lake the fall wind trend has been that it gets windy between 10:00am and noon and then the wind slacks off again just after sunset. This year has been strange in how persistent the wind remains overnight and into the following morning. I’ve written in previous articles how wind negatively impacts our songbird banding efforts at the Observatory, and the same is true for owl banding, except during owls the winds also affects our ability to attract owls.

Songbird banding is entirely passive, meaning we string nets up through the forest and we catch what we catch. We don’t use any calls, bait or other lures as we don’t want to create a bias in our results (certain bird species are more or less attracted to certain foods, calls, etc.). With the northern saw-whet owl monitoring we are trying to catch just two species (saw-whet owls and, as of last year, boreal owls) so creating a bias isn’t an issue freeing us to use an audio lure. The lures are just the breeding calls of the males of each species. I have two sets of nets (one for each species) a distance apart and each set has its own cd player blasting calls into the night. Wind significantly hampers the sound projection so even if there are owls active in the wind, we can’t coax them into the area where our nets are. 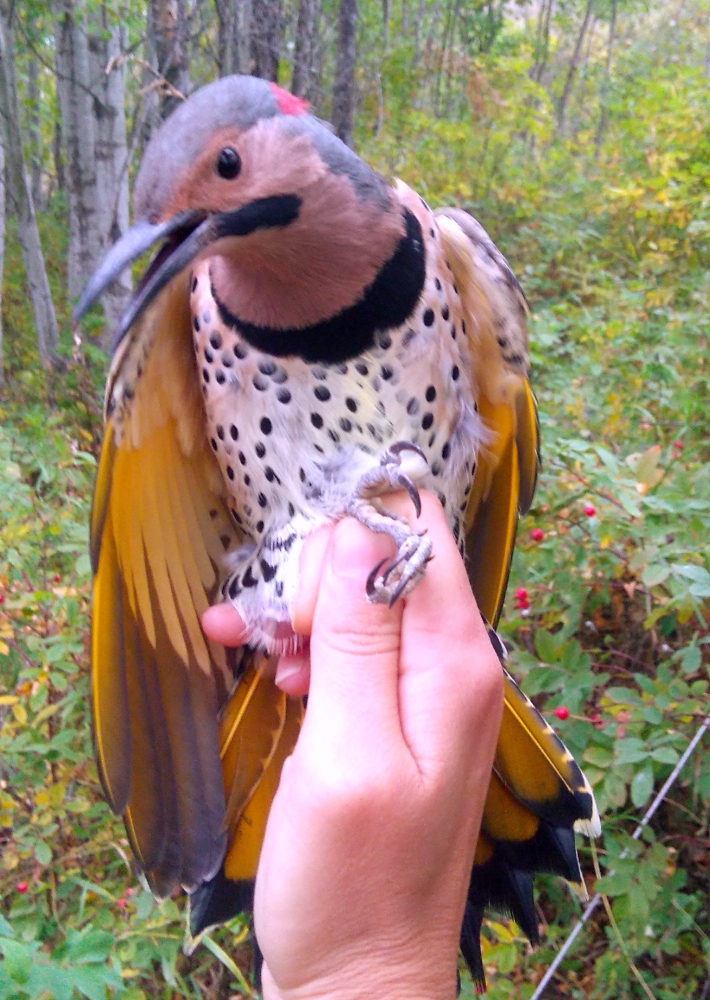 Another large woodpecker caught this week – a Northern flicker

They also like to peck at hands – though not as painfully as the pileated.