The torrent of migrants that the LSLBO was experiencing earlier in the season has slowed considerably. Our season-to-date total now sits at 5,273 birds banded of sixty-three species, and we have been capturing less than twenty birds a day, most of them Myrtle Warblers and Slate-coloured Juncos. As the leaves continue to change colour and temperatures grow colder, it will soon be time to wrap up our songbird migration monitoring and bring this remarkable season to a close, leaving only owl banding to wrap up. 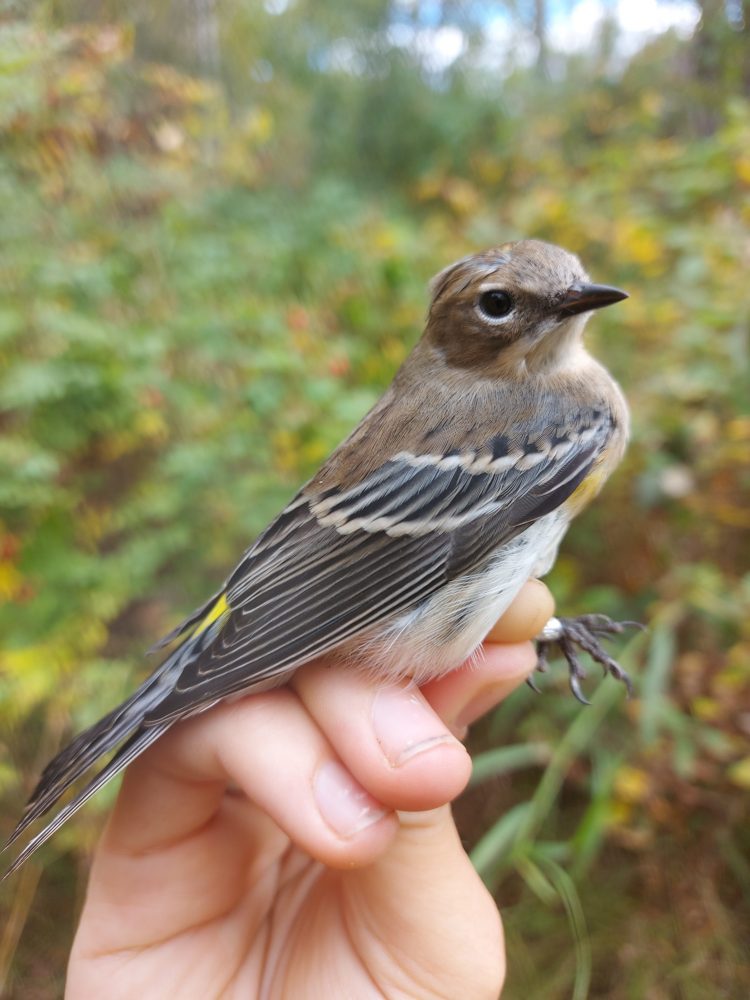 Above: Myrtle Warblers like this one are identifiable by their flight calls, which they use to communicate while migrating at night.

Each night during spring and fall migration, while we are asleep in our beds (or out looking for owls), the skies above us are filled with streams of migratory birds winging their way across the sky. Millions of them travel to and from their breeding grounds in the boreal forest each year and most prefer to migrate at night. Nocturnal migration has several benefits for birds. The atmosphere tends to be more calm after sunset; the moon and stars are visible and can be used for navigation; and predators, especially hawks that are more active during the day, find it more difficult to see them.

It isn’t easy for human observers to see these nocturnal migrants either, but as technology has improved, our understanding of this awe-inspiring natural phenomenon has grown. Migrating flocks are so large that they can be picked up by weather surveillance radar, allowing us to track the peaks and patterns of migration in real time. There are low-tech methods that still work as well: one of them is to point a telescope at the full moon and count the migrants that fly in front of it. Or you could step outside and simply listen. Many migrating birds communicate with each other through flight calls, little chips and chirps that help them orient themselves within their flock. 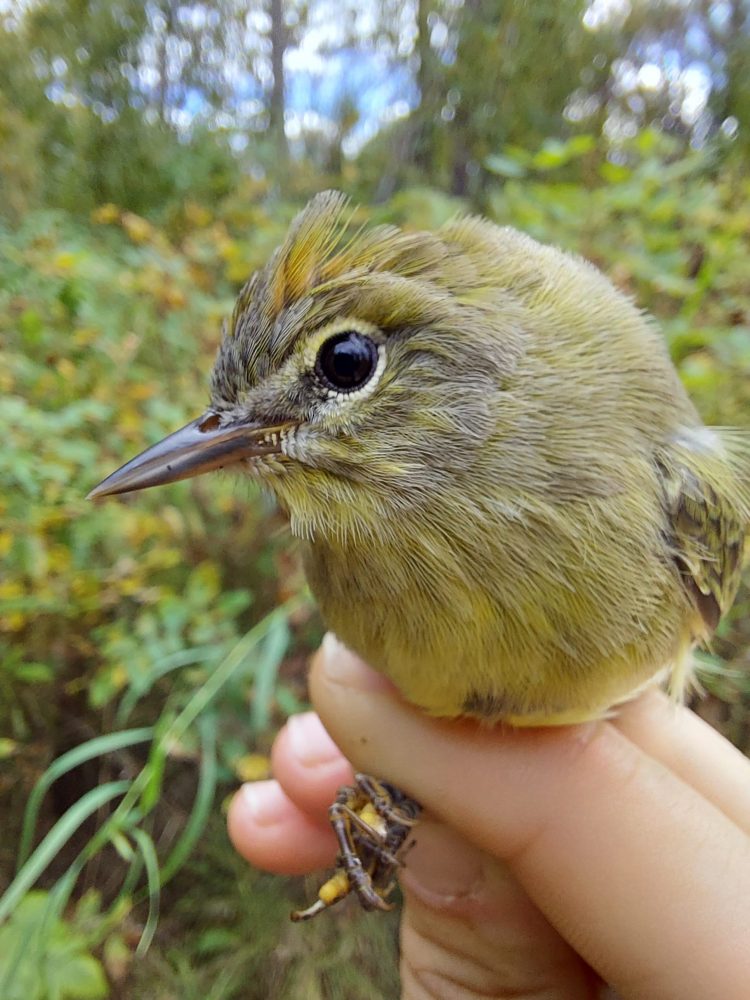 Above: Orange-crowned Warblers are one of the latest migrants that we see at the LSLBO.

Not all birds use flight calls. Vireos and flycatchers largely remain silent when they are migrating, while thrushes, sparrows, and warblers rely on flight calls more. The downside to this is that these types of birds are more likely to be involved in collisions with buildings in urban areas, as the flight calls uttered by birds who are disoriented by the city lights attract more birds to the area, where they may strike a window and be injured or killed. Artificial lights are attractive to birds because it affects the molecules in their eyes that allow them to sense the Earth’s magnetic field, which they use for navigation. This ability is invaluable as it allows birds to orient themselves even on overcast nights when they can’t see the geographical and celestial landmarks that they also use to navigate, but as light pollution has grown worse, it has also made birds more vulnerable. One study estimates that window collisions account for 16 to 42 million bird deaths annually; approximately 95% of them from houses (1). Fortunately awareness of this issue is growing, and increasing numbers of municipalities, businesses, and individuals are taking steps to turn their lights off at night and install more bird-friendly types of light fixtures.