We are entering the last week of fall migration at the Lesser Slave Lake Bird Observatory. The end of the field season is always a conflict of emotions. I am sad that it means winter is truly right around the corner and it is time to pack up the shorts, bikes and tennis rackets. I am even sadder that the migratory birds are gone and it will be a long time until their beautiful sounds and colours fill the forests again. I am happy that sleep will be a part of my life again, as well as regular scheduled weekends. I am ever so slightly stressed that I need to find a new job for the winter – but excited for the change of pace.

The weather this past week has been doing its best to make saying goodbye to the field season easier for us – it’s been cold, wet, cloudy and windy. We have seen very few birds and caught even less. The weather has forced us to keep the nets closed more often than not and it is getting hard to not just shut it all down for good and pack it in… And yet, the optimist in me can’t help but think that when this weather breaks we are going to be inundated with birds again. There are still myrtle warblers around as well as lots of white-crowned sparrows and increasing numbers of juncos. We are also still waiting on American tree sparrows to show up. Tree sparrows are a hit-or-miss species for us. Sometimes, in the spring, if we are able to get the lab open early enough we will catch the tail end of their northwards migration. Only a couple times have we actually opened during their spring peak. In the fall, it is the opposite, we sometimes catch the nose end of their migratory window but only once have we actually caught a decent number of them moving south. We are hoping that since we had such a mild spring maybe the tree sparrows finished their business up north early and quit the tundra in time to make it to us before end-of-season for a change. We are only 102 birds shy of hitting the 3000 mark and I would really like to pass that milestone. Only three other fall seasons have made it that high and with only a week to go we will really need the weather and the birds to step up. 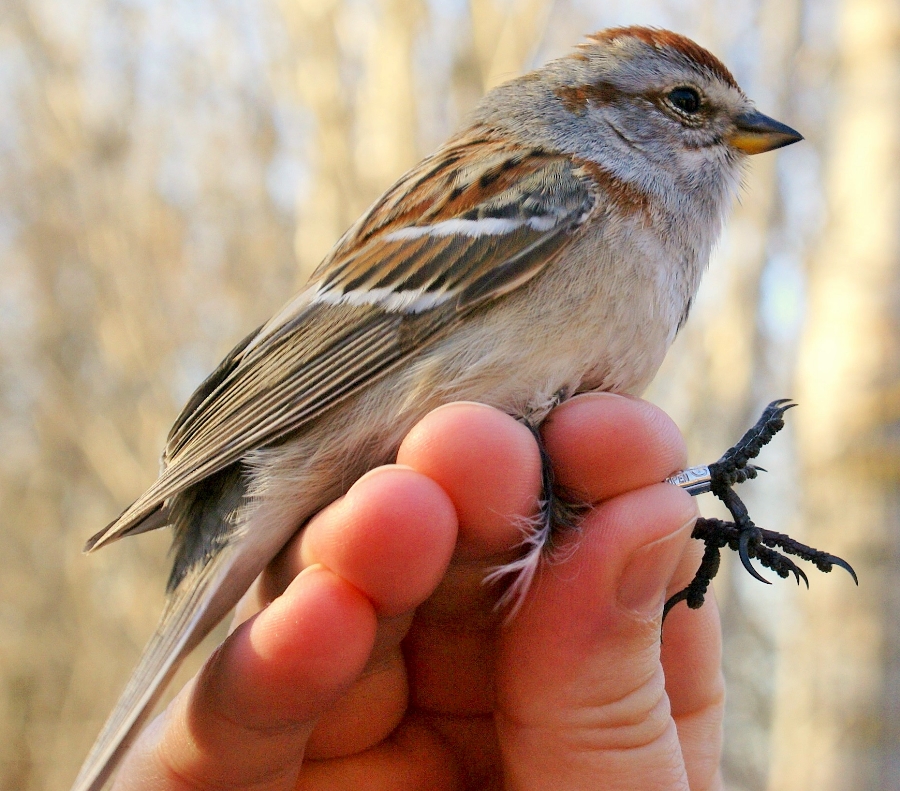 Even though migration monitoring will be ending soon, northern saw-whet owl monitoring will continue for at least another few weeks. We basically run the owl program until we stop catching owls – typically mid-late October. I don’t want to jinx it, but I think we are going to have a pretty good season this year. We have banded over 60 owls so far which is about half our average. In addition to all the banded owls, we have also had one recapture. A couple nights ago I caught an owl that already had a band on it. Turns out it was the second-to-last owl banded last year. 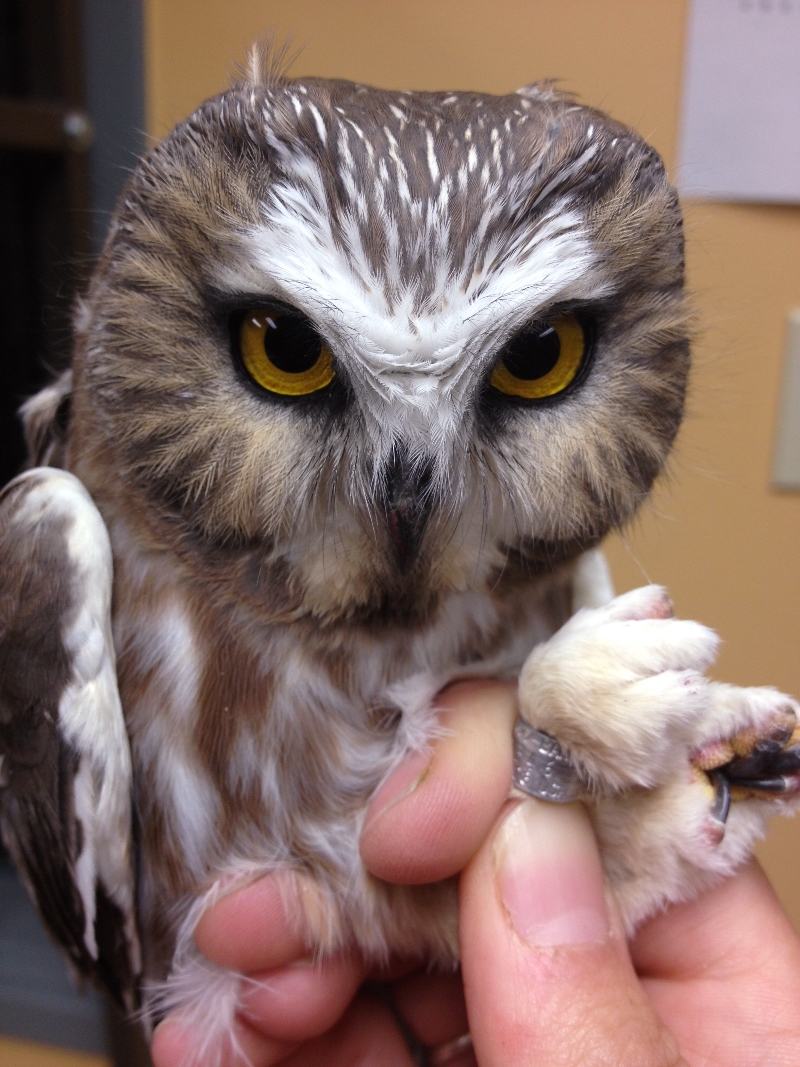