It has certainly slowed down for the LSLBO this week. Although migration gets to be quiet this time of year, I suspect the weather has had a major influence. The high winds have hampered migration activity and have kept our nets closed for 67% of this week’s monitoring period. The only big movement recorded was a burst of Sandhill Cranes on September 23 with almost 1000 seen overhead. Notably, we continue to see modest movements of Black-capped Chickadees.

While last week I discussed why we may be seeing this irruption of chickadees, this week I will summarize why chickadees are simply incredible. Although chickadees are already widely adored for their cute, compact features and tenacious attitudes, they are also champions of survival that do not flee our harsh winters. How do they survive such frigid conditions? 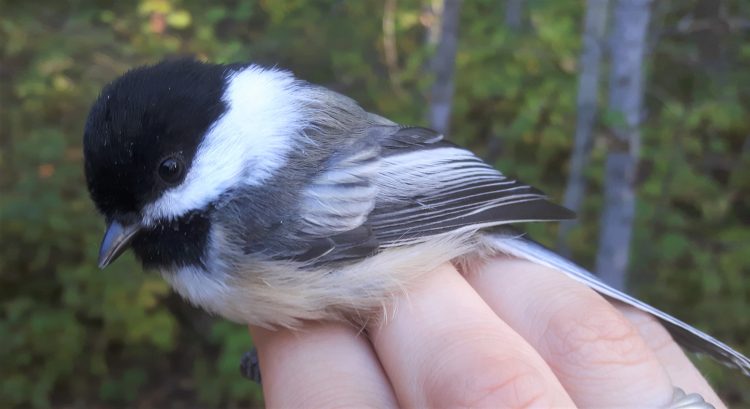 Pictured: One of the Black-capped Chickadees captured as part of the 2019 chickadee irruption.

Over the summer, breeding pairs of chickadees defended small territories to reduce competition and ensure that their young had enough to eat. Since breeding has now finished, chickadees are joining together in flocks of 7 to 12 birds that roam larger areas. When smaller flocks join up temporarily, groups of 20-50 individuals can be seen. To maximize the safety in numbers, chickadees have developed a complex language that is not fully understood. We do know that some vocalizations can be used to indicate rich food sources, while other indicate the presence of a predator, the predator’s type (for example, hawk or human), and how dangerous the situation may be. Chickadees form such effective flocks that other species will join them throughout the day, such as Red-breasted Nuthatches, Downy Woodpeckers, and Hairy Woodpeckers.

When a cold snap hits, wildlife cannot just curl up in a heated building. Instead, chickadees have dense winter coats and can find small cavities to hide from the worst of the weather and from predators. When exposed to −30 °C at night, chickadees will enter into nocturnal hypothermia, allowing their core body temperatures to drop by around 10 °C. For reference, humans become hypothermic at a 2 °C drop in core temperature and are in critical condition and lose consciousness at a 10 °C drop. This adaptation allows chickadees to preserve precious energy, but prevents them from being able to quickly escape predators. To sustain themselves over long, cold winter nights, chickadees gain 10% of their body mass daily, which they use up shivering overnight to keep warm. 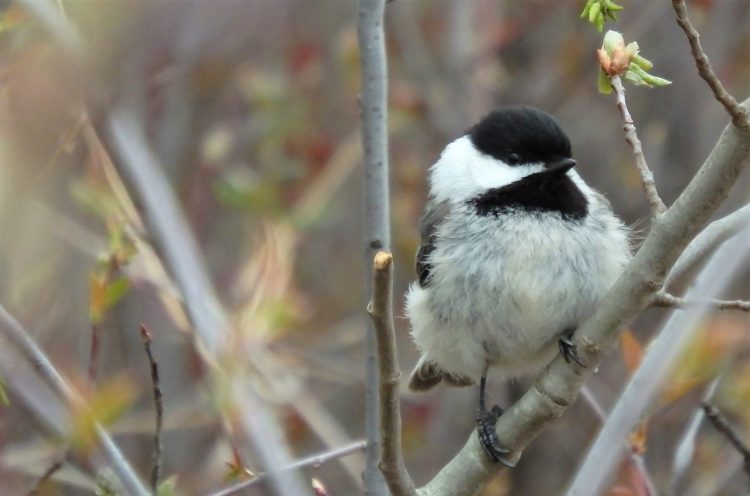 Pictured: Black-capped Chickadee in some willows showing off how they can puff out their body feathers to create larger air pockets near their bodies to better insulate against the cold.

To guarantee that they have enough food available, chickadees will hide food in a behaviour known as caching, which is observed in many bird species that can be found locally year-round. In order to remember where they have cached hundreds of food items, Black-capped Chickadees’ hippocampus, the region of the brain associated with spatial memory, swells in volume by roughly 30% this time of year as they are busy stocking their larders. This feat has not gone unnoticed by medical researchers, who are studying chickadees to help us discover treatments for brain damage, Parkinson’s, and Alzheimer’s. What else can these charismatic little birds teach us?

To learn more about the facts included in this article (ie. references):