We have hit the end of the fall migration monitoring season. There may be a few leaves still lingering on the trees and the grass may still be green, but in regards to bird-life: winter is here. It will be a long, cold wait until bird-song is once-more the soundtrack of the outdoors. This is not totally the end for us out here, though. Songbird monitoring may be done, but owl monitoring is only half-way through. This year, we added an addition 2 owl nets in a different location with an audio lure playing the call of a boreal owl. Boreal owls are a slightly larger species than northern saw-whets and are a boreal forest specialist. Very few banding operations in Canada are able to monitor boreal owl populations because they simply aren’t located far enough north. Our station is in an ideal position to be able to monitor this poorly understood species of owl. Being a more northerly species, boreal owls migrate later than saw-whets do, so to cover their migratory window I plan to run the owl nets all the way until the end of October this year. So plenty more owling to go! Which is good consider banding is going fairly well; the mid-point total is 68 northern saw-whet owls and 1 boreal owl. 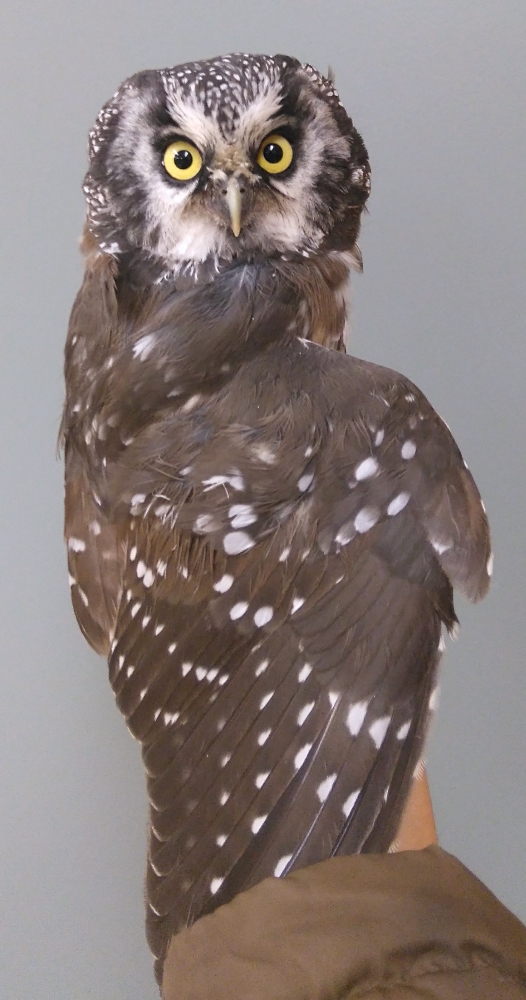 The final week of songbird migration was a little anti-climactic; after the brilliant first half of September, the second half was characterised by windy, gross weather punctuated by the occasional decent day. Very little was observed migrating over the week, slate-coloured junco seem to be winding down and even the American tree sparrow were all but absent. We saw a couple flocks of tundra swans and large flocks of common goldeneye and even one flock of 60 bufflehead ducks, which is by-far the largest group of buffleheads I have ever seen. Easily the most exciting birds seen this final week were a pair of Caspian terns – a species seen once every 6-8 years at the lab and a first for me. Caspian tern are the largest species of tern in the world and have a very scattered population. They winter on the southern coast of the United States but breed on large inland lakes across Canada. Our lake doesn’t have a breeding colony, Great Slave Lake does, which is perhaps where the birds I saw were migrating from. 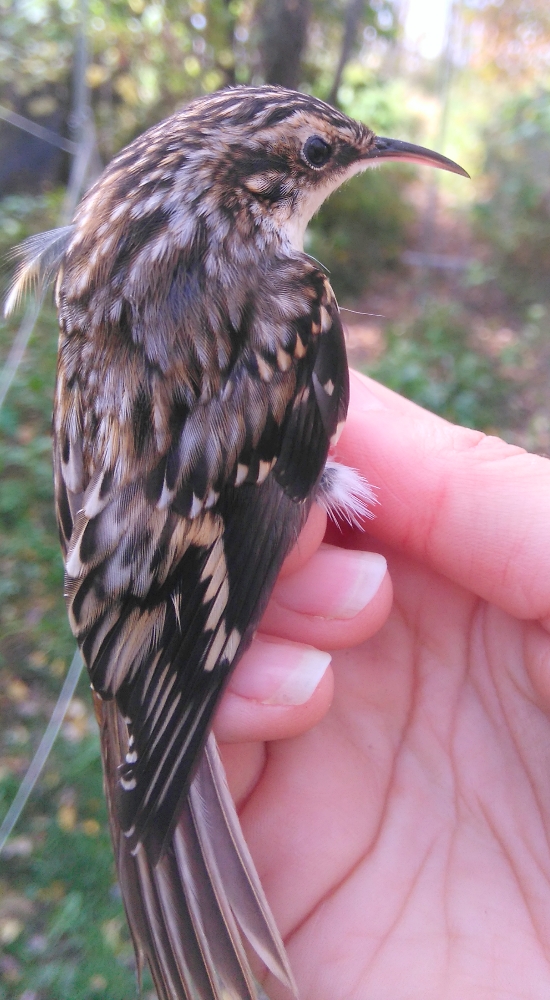 Banding yielded about 100 birds which brings the fall total up to around 2800, making 2016 the fifth busiest fall since the LSLBO started in 1994 – not bad for a season we were worried wouldn’t make average. With the exception of a couple myrtles, juncos, orange-crowned warblers and tree sparrows, most of the birds banded in this final week were resident species. Black-capped chickadees were by-far the most banded species for the week with around 50 captured. Other residents included red-breasted nuthatch, boreal chickadee, downy woodpecker and, one of my personal favourites, brown creeper. Golden-crowned kinglets, a species that breeds north of us and winters here, were also captured in high (for them) numbers. 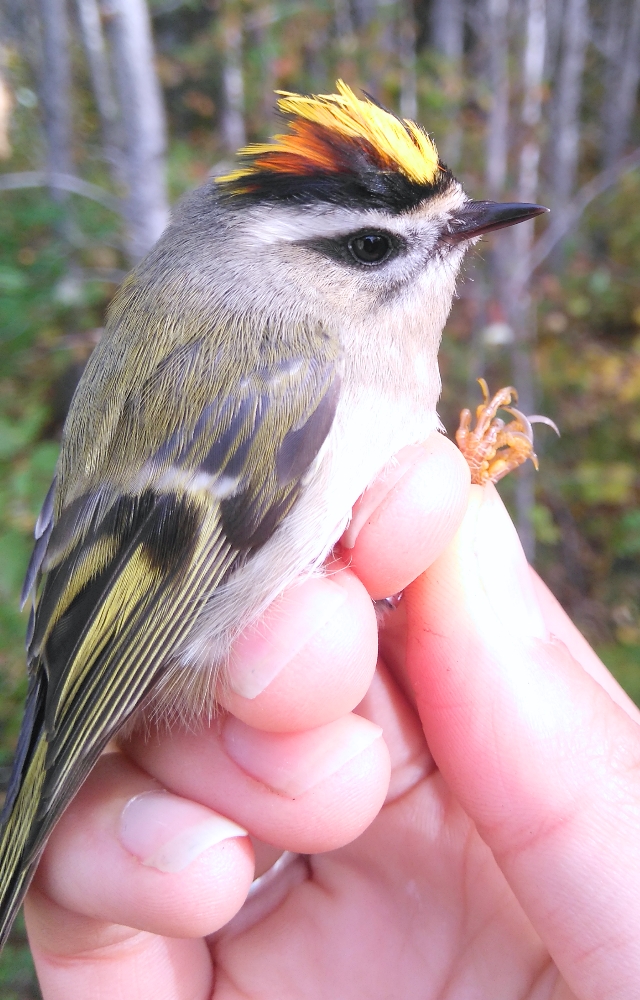