We are one month into our owl migration monitoring program studying two very small owl species: Northern Saw-whet Owls and Boreal Owls. Saw-whets are roughly the size of a pop can and Boreals are only a little larger. Each night our nets are opened and a speaker is set playing each species’ songs to attract them to the area. 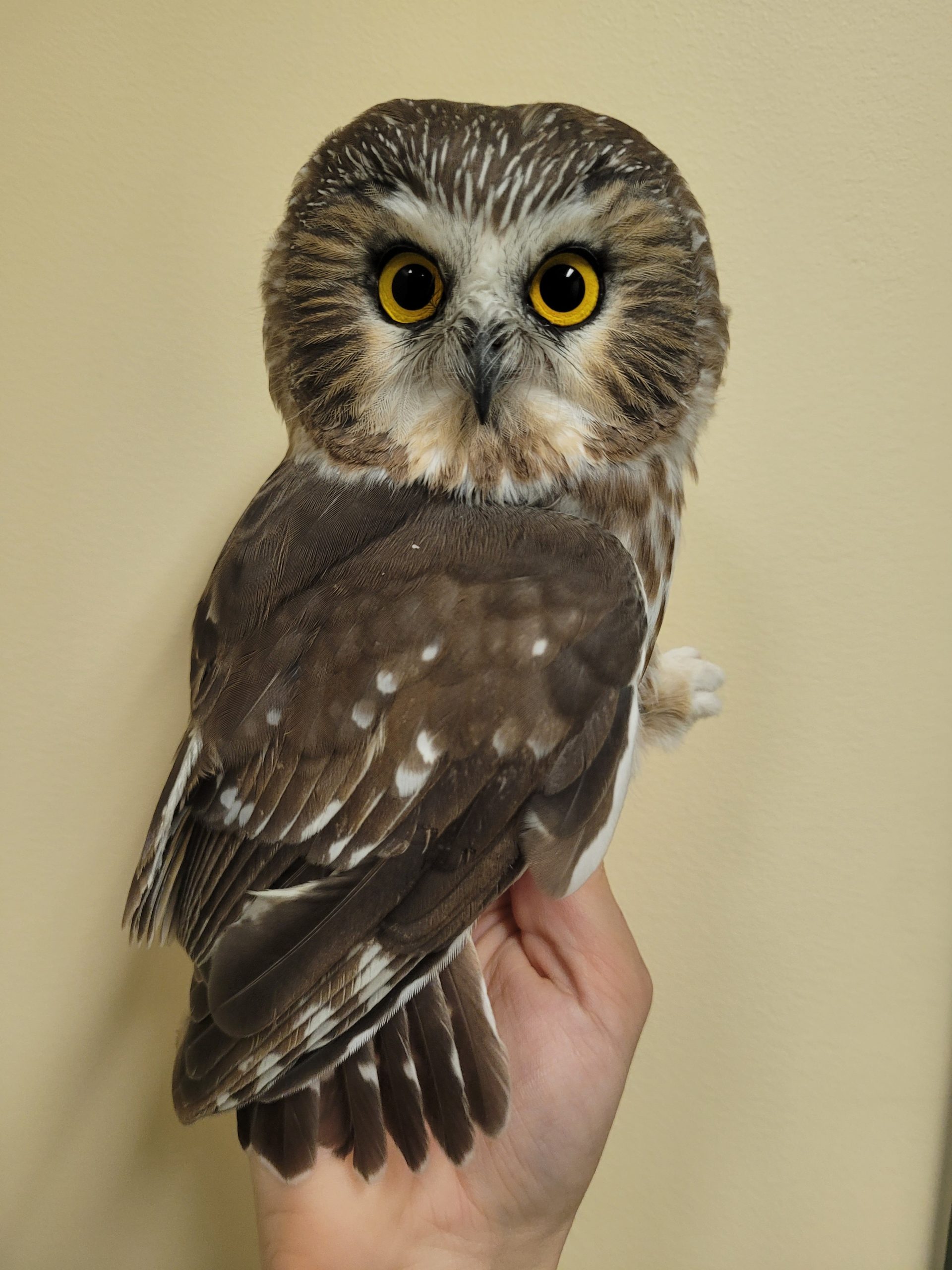 Above: This Saw-whet Owl was originally banded in October 2020 down near Calgary before being recaptured in one of our nets on September 27, 2022 at two years old.

Unlike some other owl species, Saw-whet Owls migrate, which lets researchers lure in new individuals every night. This method of studying populations as they flow through a fixed location is similar to that of our songbird migration monitoring program that wraps up later this week. Since the birds are coming to us, we do not need to meet them on their remote and inaccessible breeding territories.

Before researchers started target banding Saw-whet Owls, they were thought to be strictly northern and possibly endangered. With roughly one hundred Saw-whet Owl banding stations currently scattered through Canada and the United States, we have learned that they are actually common, can be found seasonally as far south as California, and have generally stable populations. Few places target Boreal Owls, so their habits are still largely unknown.

This year’s efforts have been rewarded with more owls in the first month than many seasons capture over the program’s two month period. At 114 Northern Saw-whet Owls banded as of September 28, we have already surpassed the banding totals for all but five years since 2004. With a full month left, we may yet surpass the banding record of 214 owls banded in 2021. It is likely that we have the unseasonably warm weather to thank for these capture rates. With more southernly stations reporting a slow start to their owling seasons, it seems that the owls are not in a hurry to leave our northern breeding grounds. 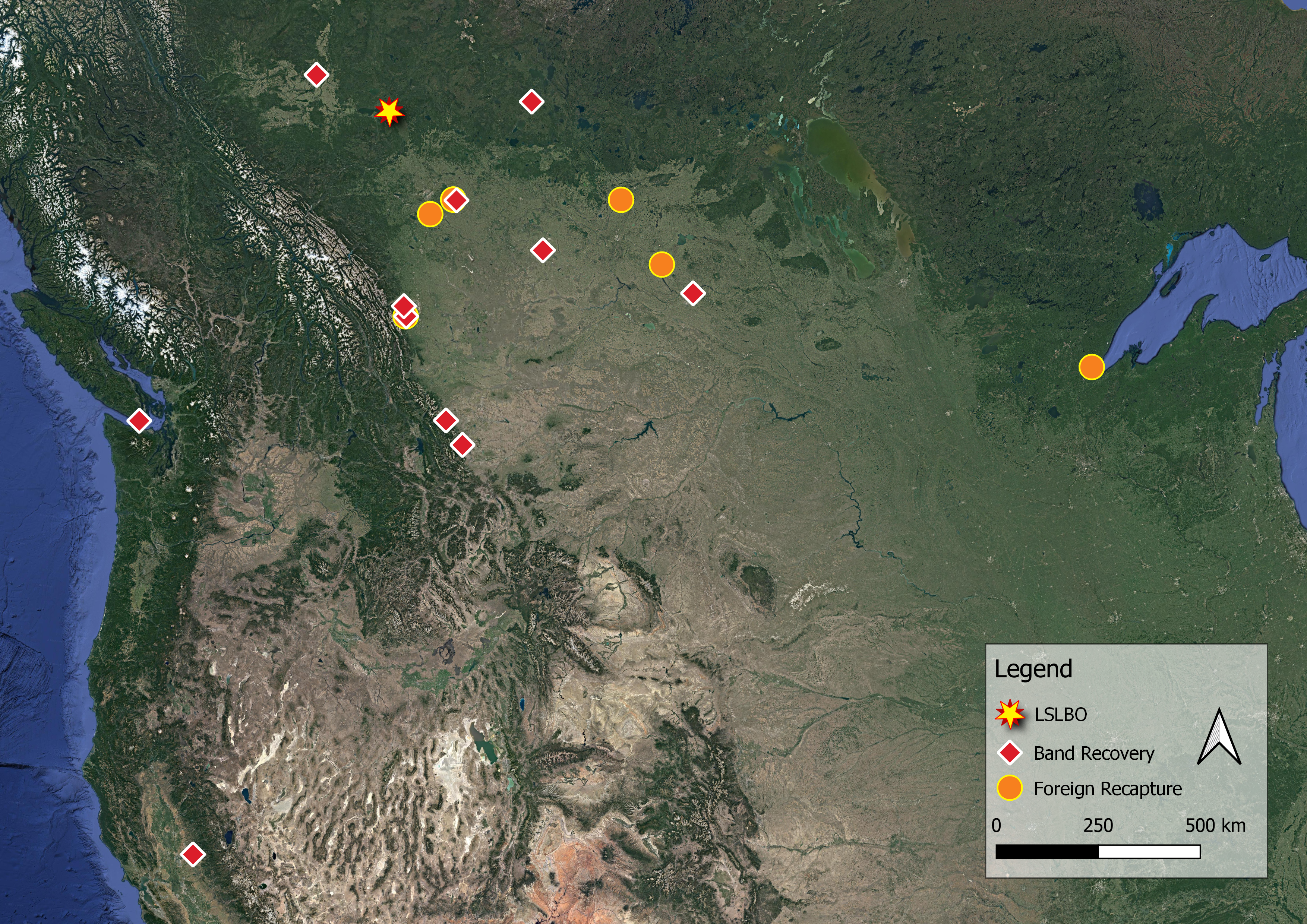 Perhaps most notable about this program is the recaptures. Unlike how recaptures of songbirds banded by someone else are incredibly rare, captures of owls banded by other researchers is relatively more common. Just this week we recaptured a Northern Saw-whet Owl banded back in 2020 by the Calgary Bird Banding Society. Though it may not seem to have traveled far, there is no knowing where this little one’s wings have taken her in the years since 2020 before finding herself in one of our nets.

If you would like a chance to see these undeniably cute little owls for yourself, consider registering for one of our Family Owl Nights on October 14 or 15 from 7:30 to 9:00 PM. Contact the Boreal Centre for Bird Conservation at info@borealbirdcentre.ca or (780) 849-8240 for more information. Space is limited and the registration deadline is Thursday, October 13.