As September draws to a close, so too does the LSLBO’s third record-breaking fall season in a row. In total we have banded 5,336 birds of 66 species, smashing last year’s total of 3,966! 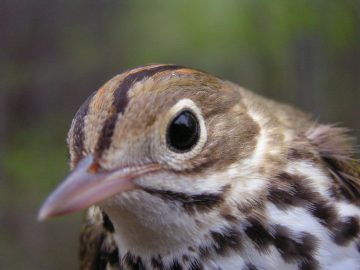 Above: Ovenbirds were among the top five most common species banded by the LSLBO this fall.

The top five species banded this fall were: Tennessee Warbler, Myrtle Warbler, Swainson’s Thrush, American Redstart, and Ovenbird. All five of these species are common locally and rank among the top ten species banded since 1995, though the exact order changes from year to year.

Compared to last year, Ovenbirds displaced Yellow Warblers as the fifth most common species banded. While we did band an uncommonly large number of Yellow Warblers (256, the second highest total in the LSLBO’s history), they did not see the remarkable increases that other species did. Both Swainson’s Thrushes and Ovenbirds, for example, surpassed their previous high banding totals by over a hundred birds. And Tennessee Warblers were the indisputable stand-outs this fall: a whopping 1,185 were banded, more than doubling last year’s total of 478 and far exceeding the previous record of 715 in 2002. There were so many, in fact, we nearly ran out of bands and had to order more! 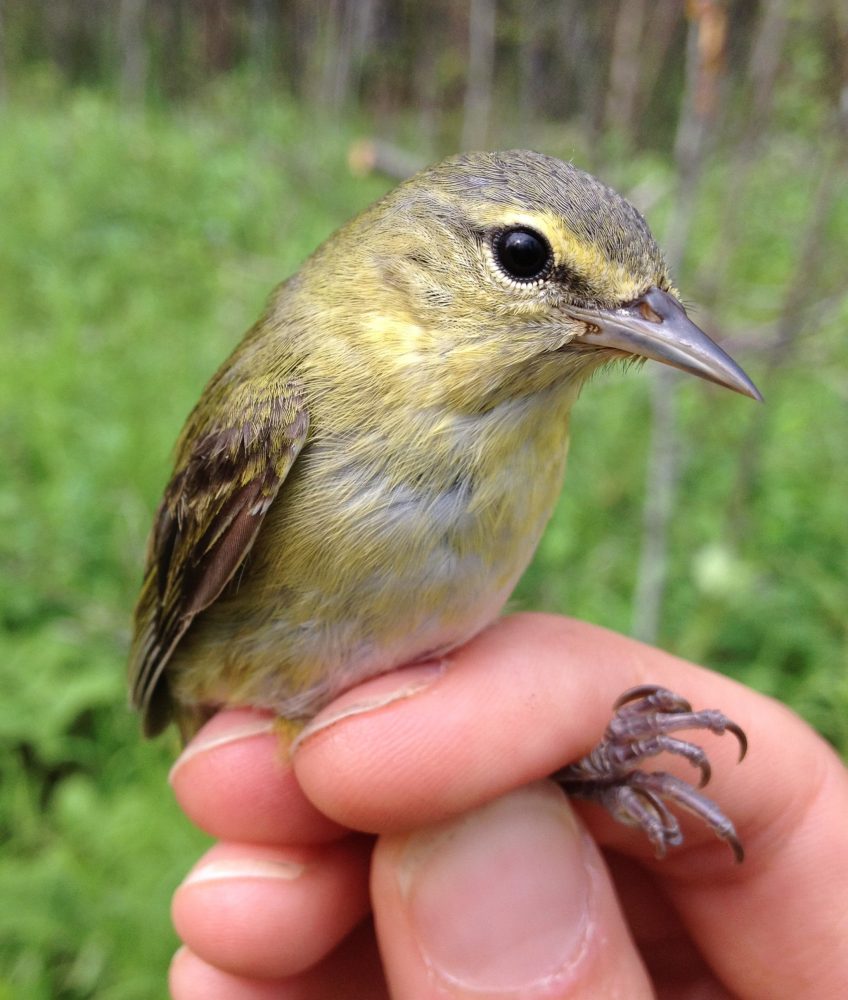 Above: 22% of the birds banded this fall were Tennessee Warblers. 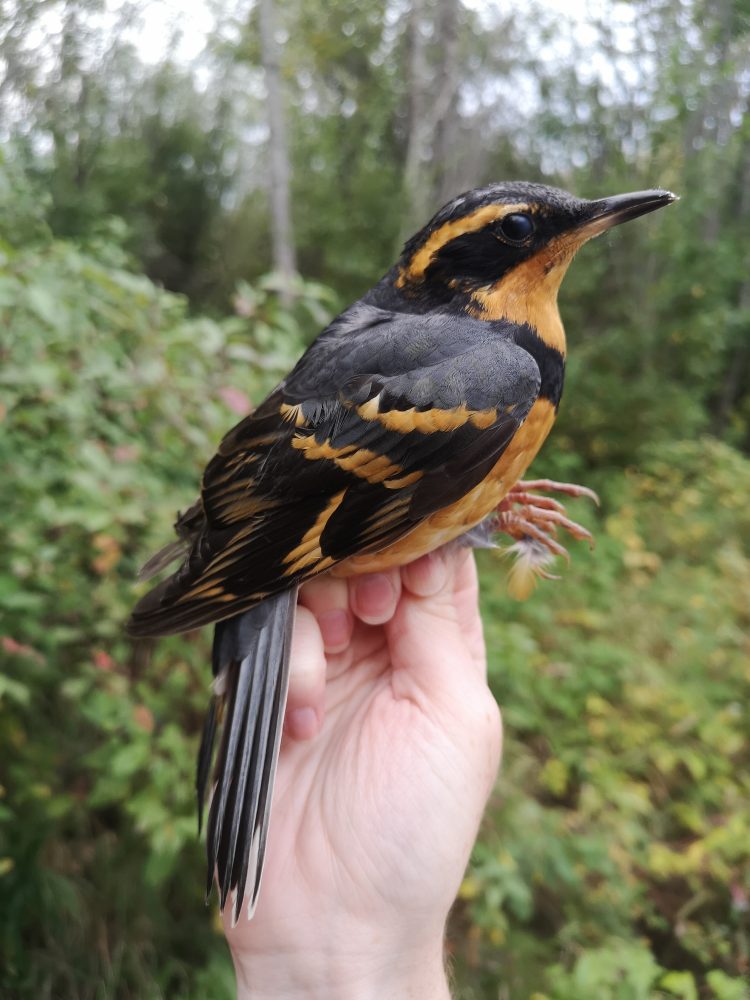 Above: The second Varied Thrush banded this fall was much more handsome than the first .

In a way, this remarkable season was predicted by our Bander-in-Charge Robyn Perkins, though the sheer volume surprised everyone. In last year’s fall summary, she suggested that the LSLBO’s recent run of unusually busy falls may be due to habitat changes caused by the forest fire complex that occurred northeast of the station in the spring of 2019, and that “we should continue to see busy falls until the burnt area has regrown enough that birds can again safely migrate through”. With a third record-breaking season now under the LSLBO’s belt, the evidence in favour of this hypothesis is growing. 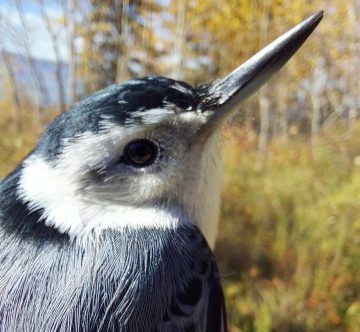 Above: This White-breasted Nuthatch is only the tenth we have ever banded during fall monitoring.

Whatever the cause, 2021’s station highs were achieved during a season when our most productive mist-nets had to remain closed for a large portion of the season, initially to keep the number of birds captured at a manageable level, and then later in the season because of strong winds and frequent early-morning showers. Additionally, September’s warm weather appears to have delayed some species, such as Slate-coloured Juncos. Oddly, our normal #1, Myrtle Warblers, were relatively scarce with only 637 banded – a decrease from the 957 we captured last year. Fewer Orange-crowned Warblers were banded as well: only twenty, a steep decline from 2020’s 143.

While our fall migration monitoring season is over for another year, our owl banding program will continue through October. We have banded 111 Northern Saw-whet Owls so far this fall, and it remains to be seen if this species will also break records in 2021! Already we had snuck by the average of 108 Saw-whet Owls per season.