Well, that’s that, fall migration monitoring is done and we’ve rolled and packed the nets for the last time. If I had to pick one word to describe the last week of the season it would be anticlimactic. This fall we had more busy banding days than I have ever worked during a single season in the last 8 years. As far as daily banding totals, we had a couple days in the 80s, one in the 90s, six in the 100s and even one in the 200s. Last week I mentioned how we were only 100 birds shy of hitting the 3000 mark and I figured with seven days to go, we could pull it off so long as the wind let up. Well, the wind did let up, but my predictions of bird activity picking did not come to fruition. The American tree sparrows did not show up. This whole week we only managed to band 52 birds putting us at 2950 birds banded this fall. Still, pretty darn great; we blew away the average of 1800 and this fall is officially the fourth busiest since our start in 1994. 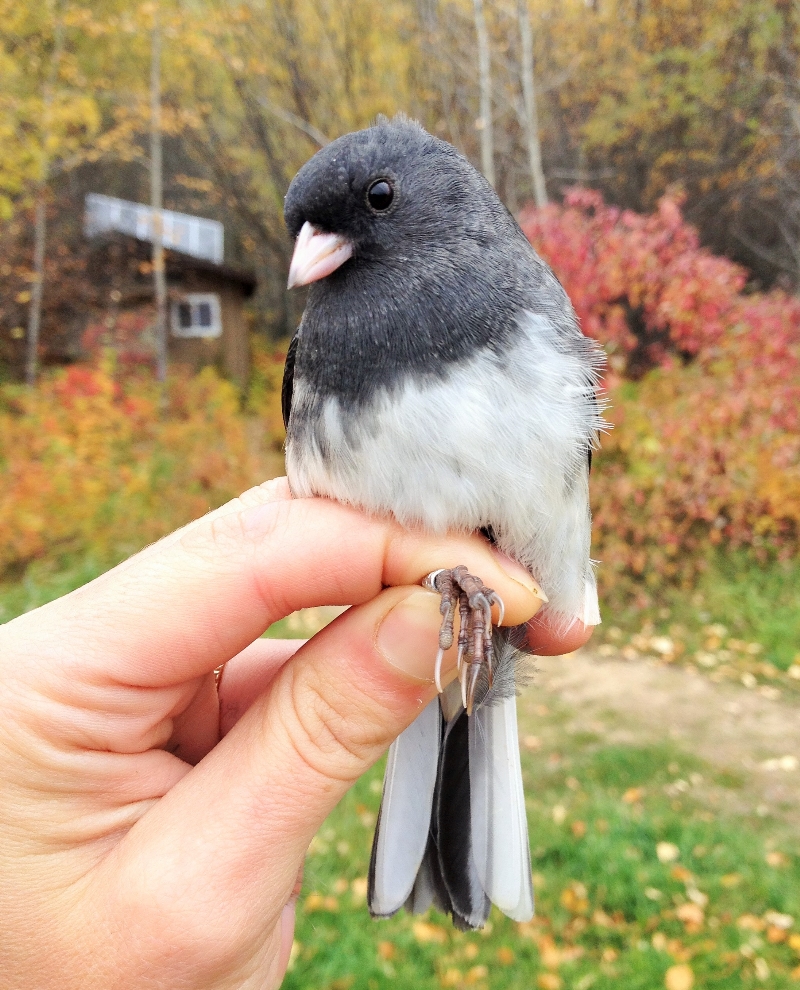 Those 2950 banded birds represent 61 species which is bang-on our average species diversity. A few notable captures included a red-winged blackbird (the third ever), a Townsend’s solitaire (also the third ever), four pileated woodpeckers (the second through fifth banding records), a Connecticut warbler, and a Nashville warbler. Despite having banded 61 species, the top five banded species make up almost two thirds of them. Myrtle warblers were, by leaps and bounds, the top banded species this year, they alone made up over a third of the birds at 1087 banded. The other four top species were the ovenbird (292), Swainson’s thrush (259), Tennessee warbler (240) and White-throated sparrow (96). 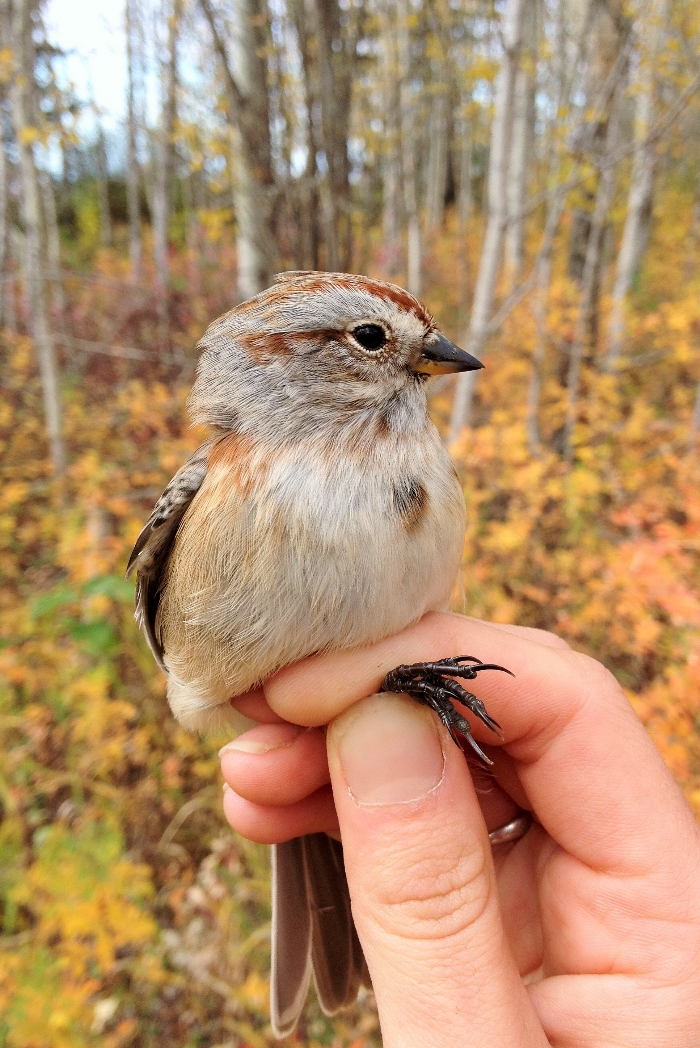 One of the only two American tree sparrows banded this fall.

Thankfully the lack-lustre songbird banding this week didn’t spill-over into the owl banding. The saw-whet owls are still going strong and we are nearing the 100 mark. Even better than nearing our average with three more weeks to go is that we have caught a couple foreign recoveries. A foreign recovery is just what it sounds like – it is a bird that was banded at one station and then recaptured at another. This is a very rare occurrence and can tell us a lot about the movement patterns and longevity of birds. We’ve only figured out the banding location for one of them so far. She was banded at Nisbet Forest Station near Prince Alberta, Sask. on October 6, 2012 as a hatch year bird. This means she has survived three winters already and is quite the accomplished little traveller. 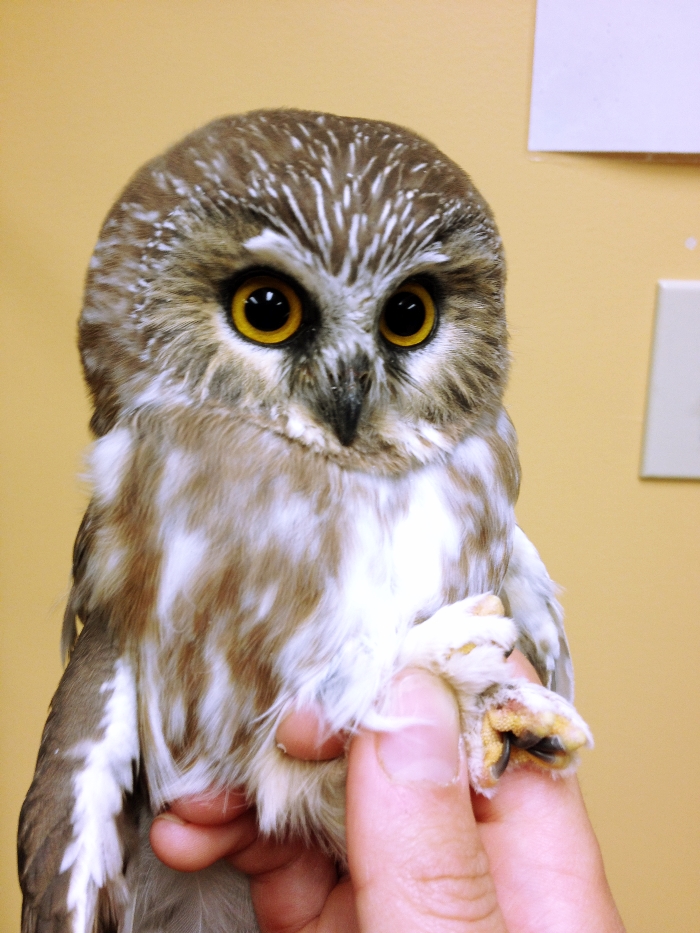 On a final note, last week I said I would provide some information about coming out to experience the owl banding. This year we are having two public owl-banding nights. October 14 from 8-10 will be the saw-whet social, an adult geared evening for ages 14 and up, then October 17 is the family owl night (also 8-10) which is an all-ages event with crafts, games, and activities. Space is limited for both of these programs and they were extremely popular last year so if you are interested call 780 849 8240 to reserve a spot.