On September 30 we wrapped up the busiest Fall Migration Monitoring season in the LSLBO’s 26 years – at least in terms of banding. The unofficial season-end total came in at 3739 birds banded, beating the previous record set in 2002 of 3496 birds. This year also tied for the most diverse fall banding season with 65 species banded. 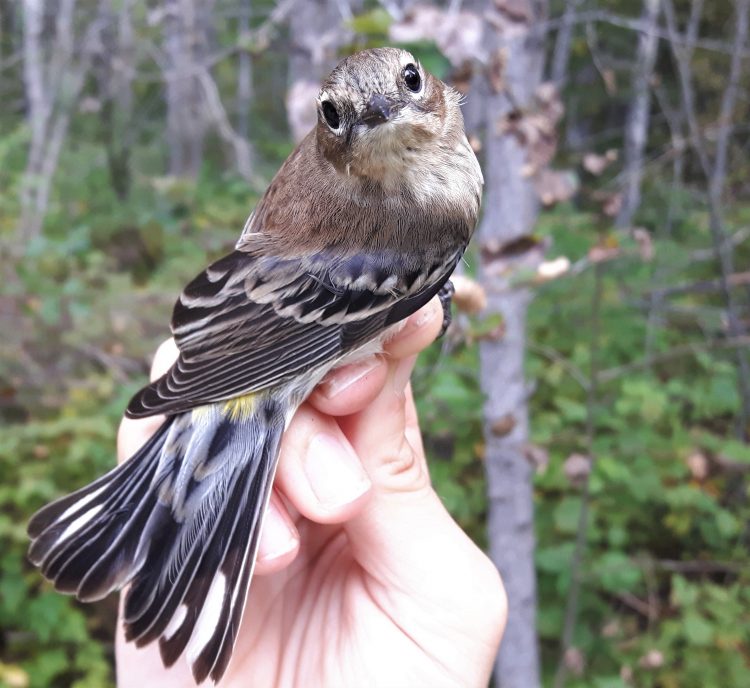 Pictured: Showing off “drab” fall colours, this Myrtle Warbler is a subspecies of the Yellow-rumped Warbler and was the most commonly banded species this fall.

By the end of the season our top five most banded species had some unexpected twists. Although Myrtle Warblers stole the top spot as usual with 646 banded, they did not dominate as much as they have in the past. For example, our previous busiest year, 2002, set the record for Myrtle Warblers with 1270 banded, which was over a third of that year’s banding total. In second place came Tennessee Warblers with 413 banded. Since this species experiences boom and bust cycles, they tend to peak roughly every four years and we seem to be in an upswing recently. Swainson’s Thrush came in third with 347 banded, just shy of the record set last year of 362. These last two species are where things get interesting. In fourth place was Orange-crowned Warblers with a whopping 290 banded, far surpassing their previous record of 83 set in 2010. Finally, the hordes of Black-capped Chickadees, the stars of the last two articles, nearly doubled their previous record of 142 (2000) with 272 banded. 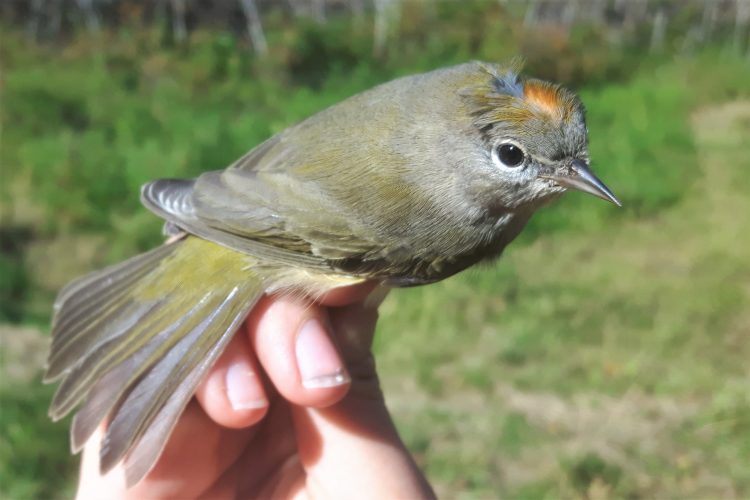 Unsurprisingly, since we banded so many birds this year, several other species also broke their previous banding records. These included: Bay-breasted Warblers with 36 banded (previous record of 19 set in 2006), Boreal Chickadees with 25 banded (previous 4, 2000/06), Cape May Warblers with 26 (15, 2009), and Rose-breasted Grosbeaks with 22 (21, 2005/07). Both Western Tanagers (26, 2015) and Winter Wrens (3, 2018) tied their records. There were a few uncommon fall bands, including the sixteenth Western Wood-pewee, twelfth Chestnut-sided Warbler, sixth LeConte’s Sparrow, and fifth Brown-headed Cowbird. 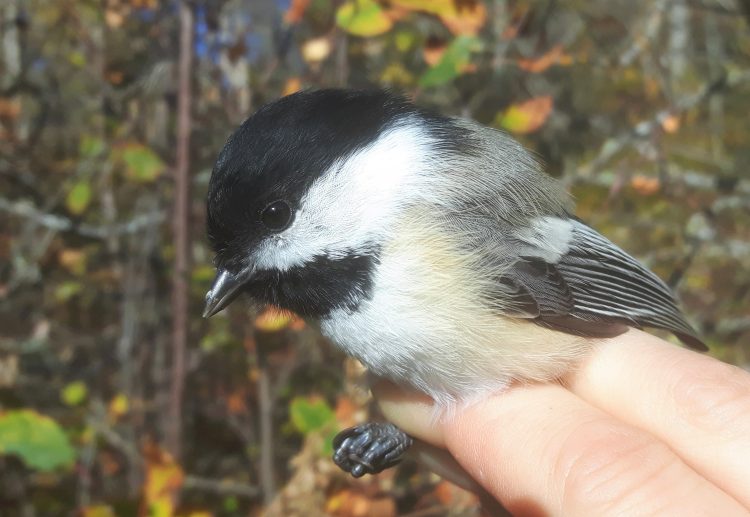 Pictured: The last Black-capped Chickadee banded of this record-smashing fall.

Alongside the unusual bands were a few unusual sightings. A Black-backed Woodpecker has been observed nearly daily for the last week and three were seen in a single day. Until this year, four years had observed a maximum of one Black-backed Woodpecker. Although not unheard of at the station, a Least Sandpiper, Harris’s Sparrow, and Northern Shrike were also spotted with the second ever Great Crested Flycatcher and first Clark’s Grebes.

I cannot say for certain why this year was so busy with unusual bird activity. The good weather may have allowed for better coverage with a relatively warm September and seemingly persistent summer storms holding off until after our monitoring period was complete. However, we did lose some days to the culvert washouts on Highway 88. It is also possible that forest fires north of us have changed large swaths of habitat creating an additional funnelling effect that may be bringing more birds along the shores of the Lesser Slave Lake. Who knows? 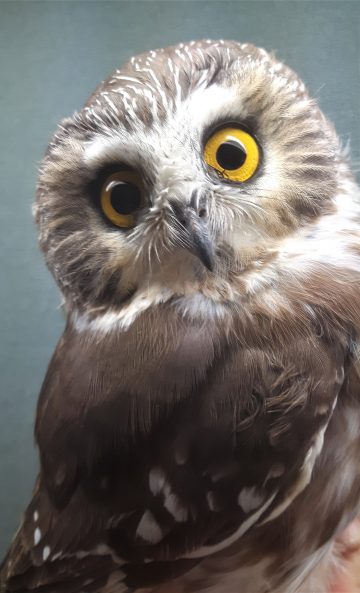 Pictured: The first recaptured Northern Saw-whet Owl of 2019. This bird was hatched and banded last year and is now starting its second year of life.

The only program left to complete now is our Owl Migration Monitoring focusing on Northern Saw-whet Owls and Boreal Owls. Although we have not yet banded a Boreal Owl, we have banded 66 Saw-whets. Unfortunately the breezy conditions overnight have put a damper on this program. Hopefully things pick back up before owl monitoring is finished at the end of October.

Disclaimer: The numbers discussed are likely to change slightly as I correct minor tallying mistakes, so stay tuned for the official numbers in our Annual Report coming sometime in December.