Last week I wrote about how fall migration was over and gave some approximate final numbers. This week I actually have the real numbers that I can share. A total of 2789 birds were banded representing 56 species. This is well over the average total of 1814 and slightly over the average diversity of 55. We banded a few very uncommon species, like Nashville warbler and Connecticut warbler, but no new species. Sightings were similar, there were some uncommon birds like semipalmated plover and the Caspian terns I mentioned last week, but nothing new for the station. The top five banded species were myrtle warblers (1126; their second highest total ever), Swainson’s thrush (236), white-throated sparrow (159; crushing their previous record of 96), Ovenbird (131; one of the lowest totals in years for this species), and Mourning warbler (109; obliterating their previous high of 47). Another record breaker that isn’t included in the top five is the hairy woodpecker; for the third year in a row they have one-upped their record, beating last year’s 12 with 13. Although not a record breaker, Canada warblers also had their best fall in ten years by a fair margin. On the other side of the spectrum, hermit thrush with 4 banded had their lowest fall total since 1997 and we missed fox sparrows completely – having not caught them in spring or fall migration. 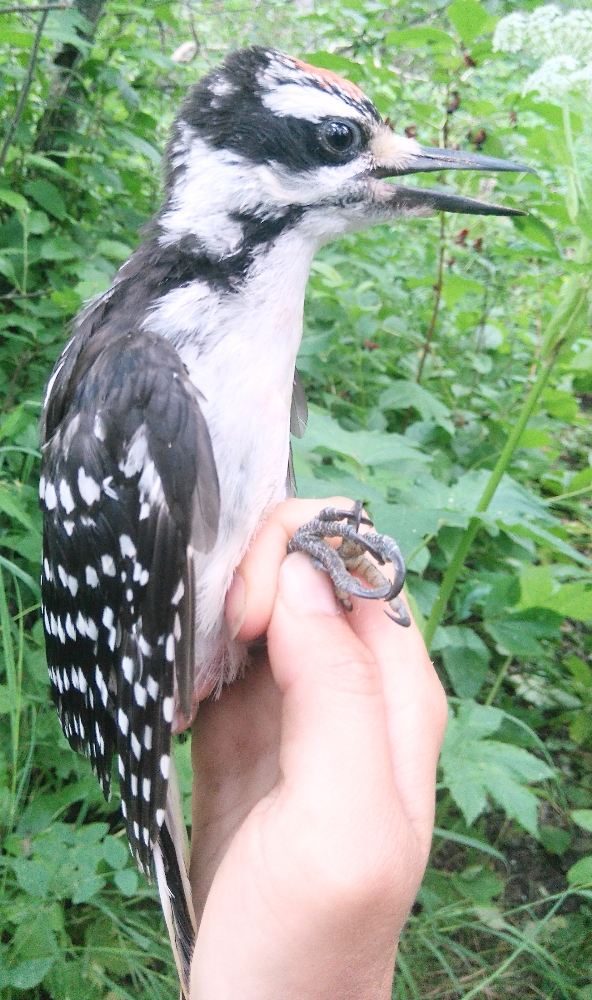 By far the most interesting aspect of this fall was the bird activity during September. The slowest September was in 1994 – our first full season, with 95 birds banded, followed by 2009 with 132. The busiest September was 2015 with 886. The average for the month is 397 and only six times have we ever banded more than 500 birds during September. This year we banded an astonishing 1425 birds in the final month of monitoring. Normally late fall is operated by only one bander (Richard our bander-in-charge, while I switch to the night-shift banding owls and covering Richard’s days-off) but over the last three years we have been seeing a steady rise in late bird activity. On several occasions both last year and this year, whoever has been working has had to call the other person in to help out. Perhaps, if this trend continues, we will have to re-think our September scheduling. It may also be time for us to start really analysing the numbers to uncover if this is a trend or just an anomaly. If it’s a real trend, I would be curious to know what is driving it. 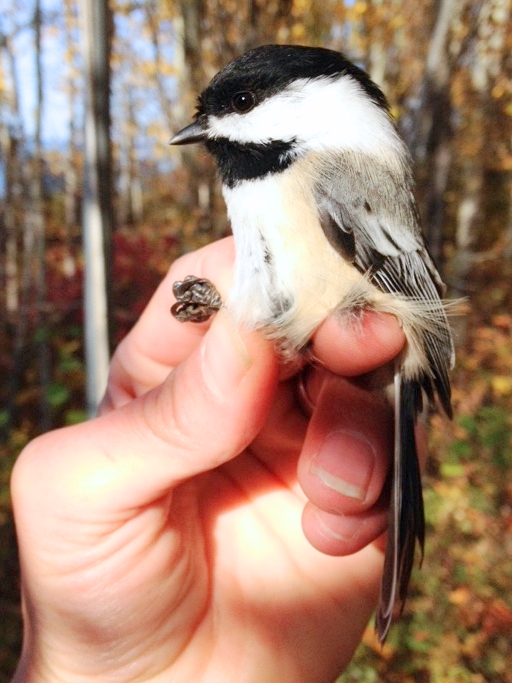 Owl banding is still going well. I have banded 92 northern saw-whet owls, and recaptured two – one that was banded last year and another that was banded in 2014. We are slightly above the average for this time of year and will no doubt beat the season average of 100 in the next few nights. Amidst the saw-whets we’ve also caught two boreal owls in the new net array that I set up this year to target them. I’m hoping that their numbers will starting picking up now that we are getting into October and it is getting proper cold. 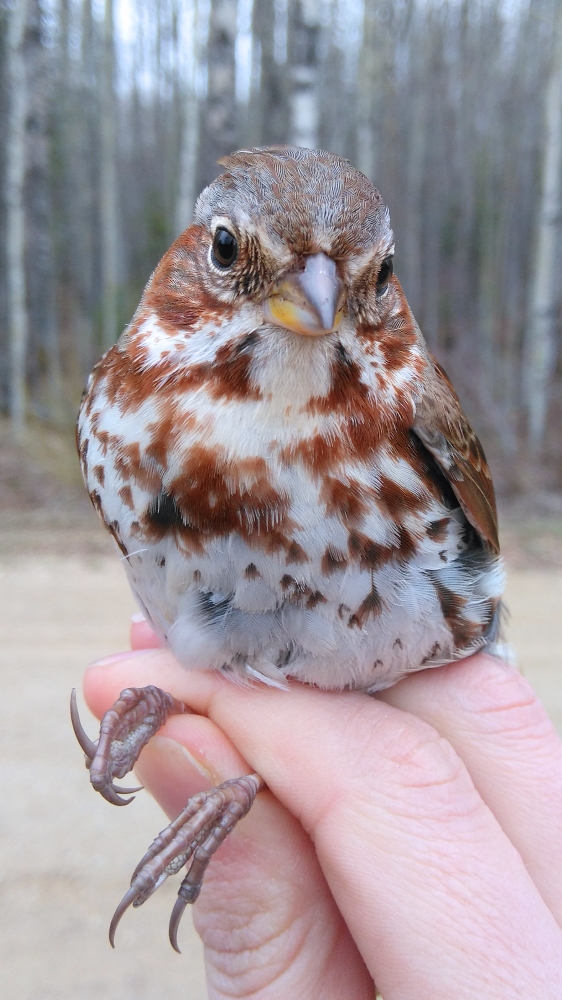 The only fox sparrow of the year – captured incidentally during American robin target banding and released unbanded.