In the last article I wrote about how things were slowing down at the observatory… Well, I was wrong. In the first two weeks of September we have banded over 750 birds which way more than we normally catch in the entire month. What is even more surprising is that we could have banded a lot more. On two days we had to close certain nets down because we were on the verge of being completely overwhelmed. Birds were hitting the nets faster than we could get them out and Richard and I had to double team nets to get them empty so we could close them and let the bulk of the birds move through. As much as we love catching and banding lots of birds, we are always cautious to make sure we never catch more birds than we can safely and efficiently handle. The minute we open our nets in the morning we become personally responsible for the well-being of every bird that flies into those nets – and we take that responsibility very seriously. We ended up banding 196 and 156 birds on those days; if we’d had a couple extra extractors we could have left the nets open and probably would have banded well over 300 each day.

What is also crazy is that over 95% of those 750 birds have been myrtle warblers. Remember a couple weeks ago when I wrote about how absurdly abundant myrtle warblers are? They are even more absurd than normal this year. We have banded over 1000 of them this fall and are counting around 1000 every single day. Myrtle warblers are one of the earliest migrants to arrive here in the spring and I suspect that the early spring we had allowed many myrtles to have second or even third broods which would account for the droves of young’uns we are catching. 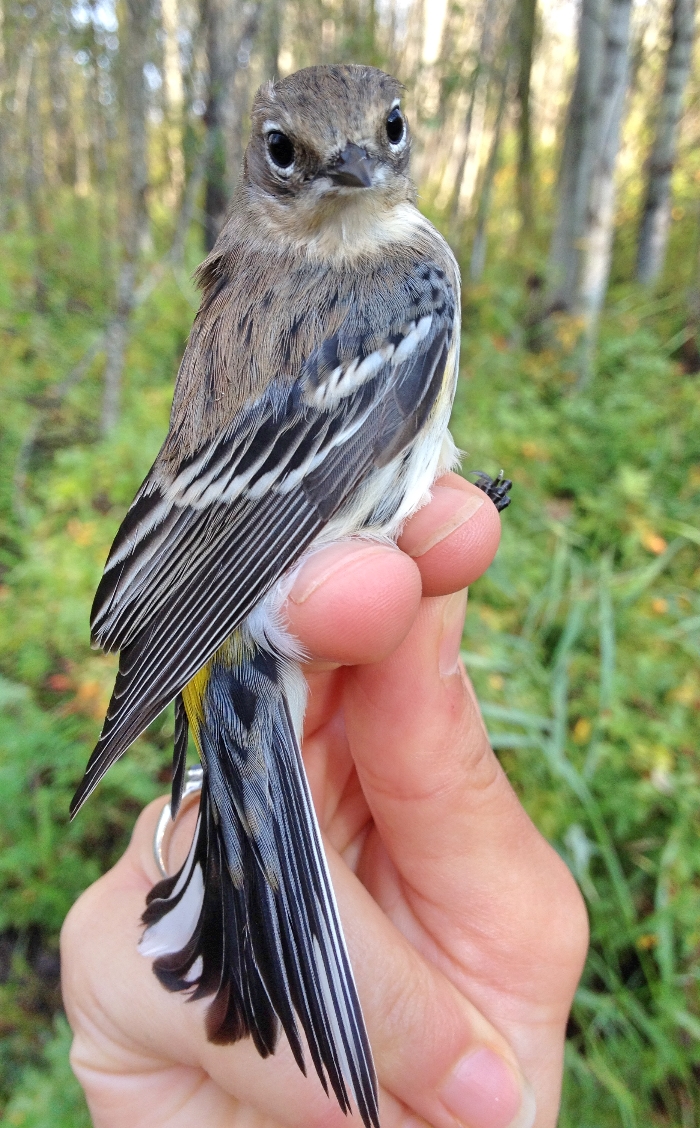 Amidst all those myrtle warblers we are still catching and seeing a few other species. We have caught quite a few orange-crowned warbler, some palm warbler, Wilson’s warbler and ruby-crowned kinglet to name a few, as well as our first slate-coloured junco, fox sparrow, grey-cheeked thrush and red-breasted nuthatch of the fall. We also caught a Townsend’s solitaire, which is a foothills species only rarely encountered here. Observation-wise, we have been counting lots of greater white-fronted geese, sandhill cranes, American pipits, sharp-shinned hawks and Lapland longspurs. 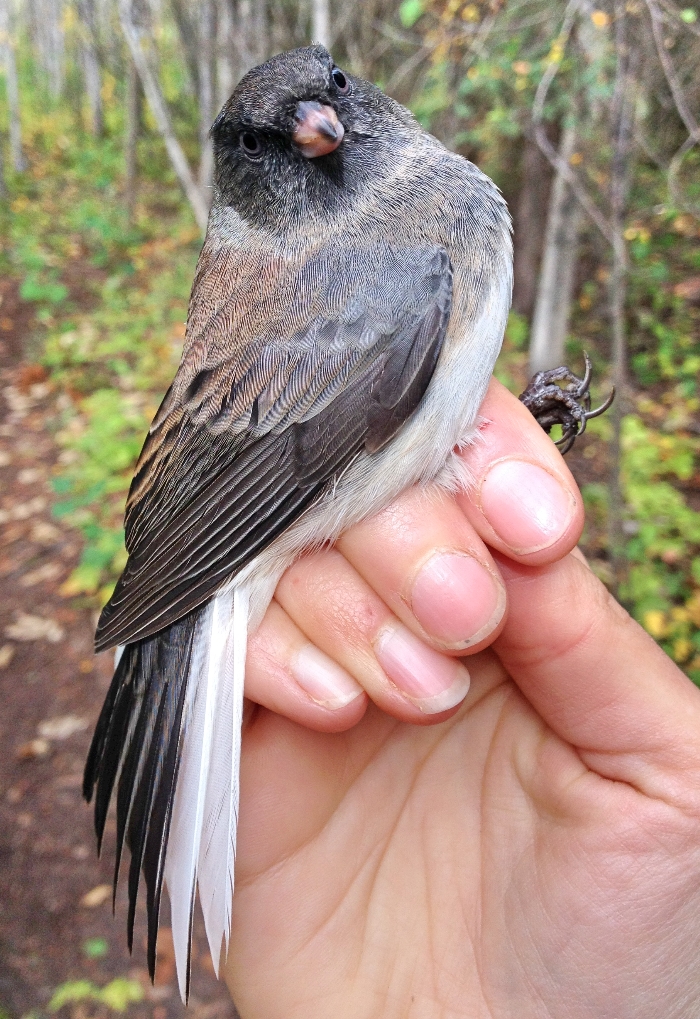 Northern saw-whet owl banding has also picked up. In my last article we still hadn’t caught any, but we are now at 37. Most nights have been calm, moonless, and cold – perfect conditions for owl banding. The last two years we held family owl nights where the public can come out and see the owl banding. We plan to do it again this year as it has been incredibly well-attended and enjoyed in previous years. I’m not sure when it will be held but stay-tuned to future articles to find out. 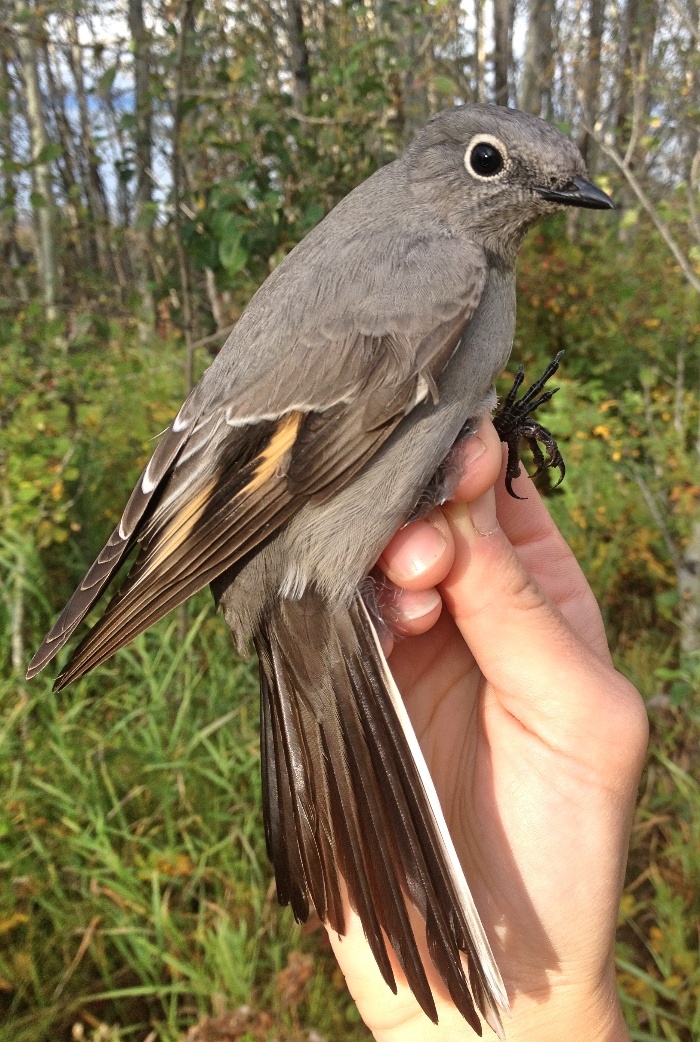