Holy! What a week! Bear with me while I assault you with some numbers. Gone are my worries about us hitting the average this fall; this past week we have banded 745 birds bringing the season total up to 2429 – well over the 1850 average. What is crazier than banding 745 birds in 7 days, is that 653 of those birds were banded in 3 days. During the first part of the week we had lots of wind and rain that hampered our monitoring activities. We had one good day with 86 birds, but other than that we caught almost no birds. Then the weather changed and myrtle warblers showed up in the thousands. The first day after the wind broke we banded 286 birds. That day now holds the honour of being the busiest day I have ever worked and the second busiest banding day ever at the LSLBO. The following day we banded 149 and then 221 the day after. To truly put the absurdity of this level of busyness into perspective, September averages around 400 birds total. This year, from the 1-14 we have banded 1065 birds. That’s more birds than we banded during the entire 8 week spring migration period this year! 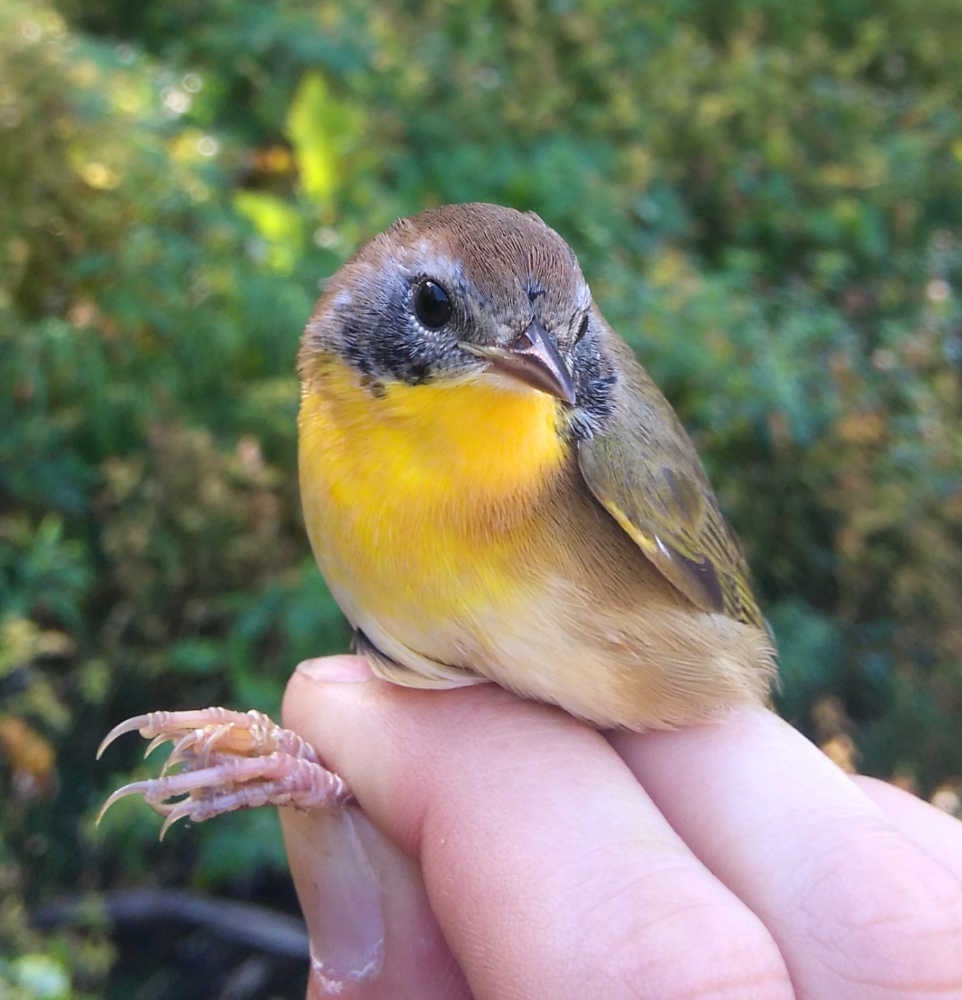 The MVB ‘Most-Valuable-Bird’ of the week was definitely the myrtle warblers; they started the week at 313 banded and ended at 935. If you’ve gone outside anywhere in or around Slave Lake during the first half of September and heard constant flat chipping from the trees, those were myrtle warblers. Myrtle warblers are actually a sub-species of the yellow-rumped warbler which is the most common warbler species in all of North America. We get myrtles on this side of the Rockies and the Audubon’s occurs on the other side. Yellow-rumped warblers breed all the way from Alaska to Newfoundland, the coast of the Arctic Ocean to New Mexico – essentially everywhere except the prairies, and they winter in the southern States and Mexico. Because of their huge breeding range they also have the longest migratory window of any species we encounter. They are typically the first bird species we see in the spring, and then are one of the first species to start leaving in the fall and one of the last species we record at the end of September.

Amidst all the myrtle warblers, thankfully, we have had a few other species. We are starting to catch fair numbers of slate-coloured juncos and white-crowned sparrow. Orange-crowned warbler, Swainson’s thrush and white-throated sparrow are all still hanging in there with decent numbers even though we are passing out of their migratory windows. Species like Wilson’s warbler, Blackpoll warbler, bay-breasted warbler, yellow warbler and common yellowthroat are all but gone save for an individual here and there. Perhaps the biggest treat aside from sheer number of birds was catching a Nashville warbler. We catch this species occasionally – about once every 3-4 years, even though Alberta isn’t part of their normal range. 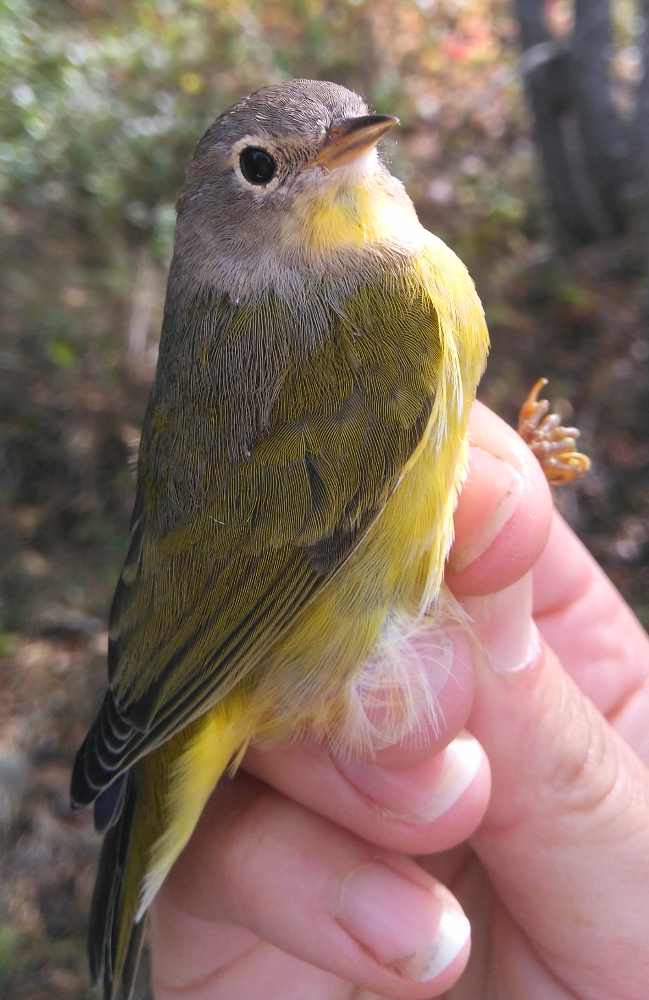