This past week of migration monitoring at the LSLBO has been frequently interrupted by high winds, but even during the waning days of fall migration, new species continue to arrive. Many of the birds that we are currently seeing around the station are short- or medium-distance migrants who winter in southern Canada or the United States: long-distance migrants who overwinter in Central and South America are more likely to migrate earlier, to give themselves lots of time to make their long journeys. 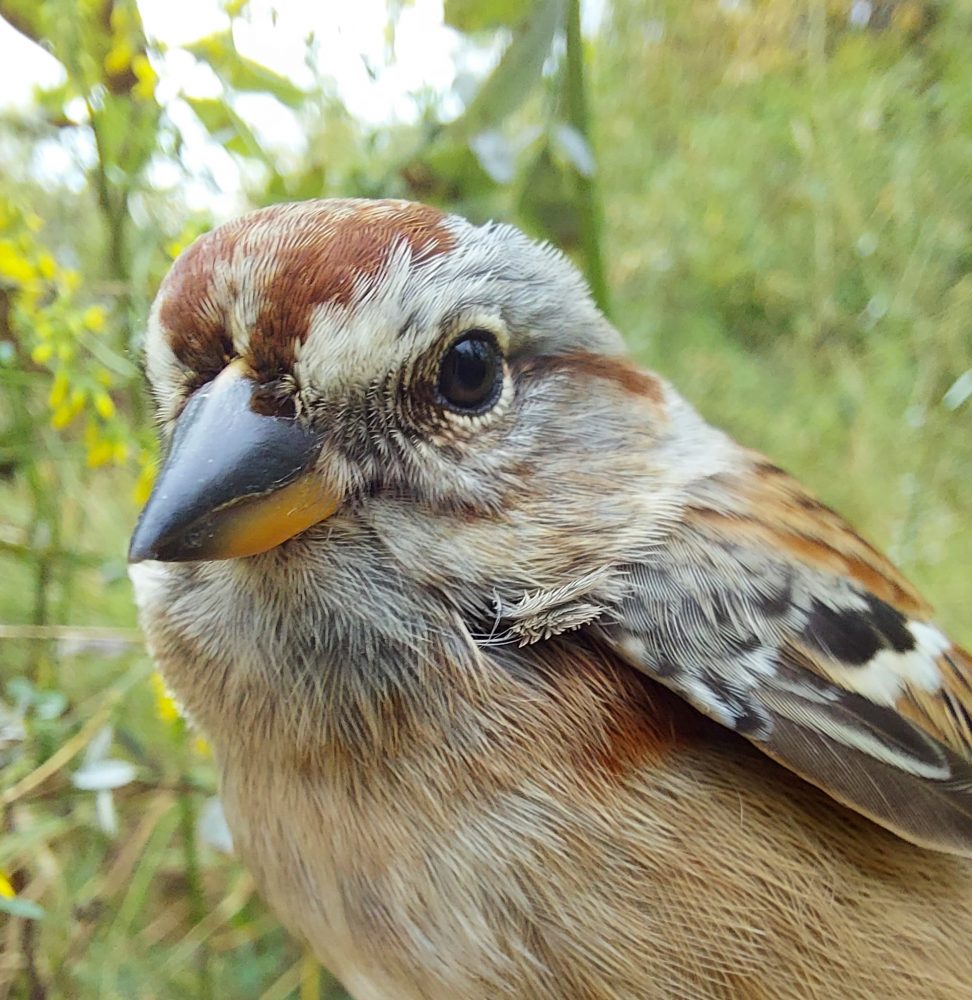 Above: Late migrants like this American Tree Sparrow are becoming more common around Slave Lake.

Birds have many adaptations to help them deal with cold weather, so it isn’t winter temperatures that determine how far south they travel. Rather birds are limited by the availability of food, and migrate in order to find wintering grounds with abundant food sources. In Canada, populations of insects, spiders and other invertebrates peak in the summer. As fall progresses and their numbers decline, insect-eating birds like Wilson’s Warblers must travel to the southern United States and into Central America to find enough to eat. By contrast, seed-eating birds like the American Tree Sparrows, and White-Crowned Sparrows that have been seen around the LSLBO this week, only need to travel a short distance south to find plenty of food even in the winter months. Seed-eating birds also benefit from the ubiquity of bird feeders, which offer a bountiful array of seeds for them but which don’t usually cater to the tastes of insectivores!

Of course some invertebrates are present year-round, even in northern Canada. Tiny insects like springtails remain active in the dead of winter, and provide a food source for birds that are small enough to pick them off tree bark and snowbanks. Golden-crowned Kinglets (the first of which was seen on September 9) and Winter Wrens feed primarily on insects like these along with some seeds and berries, and thus are able to remain within North America for the winter. 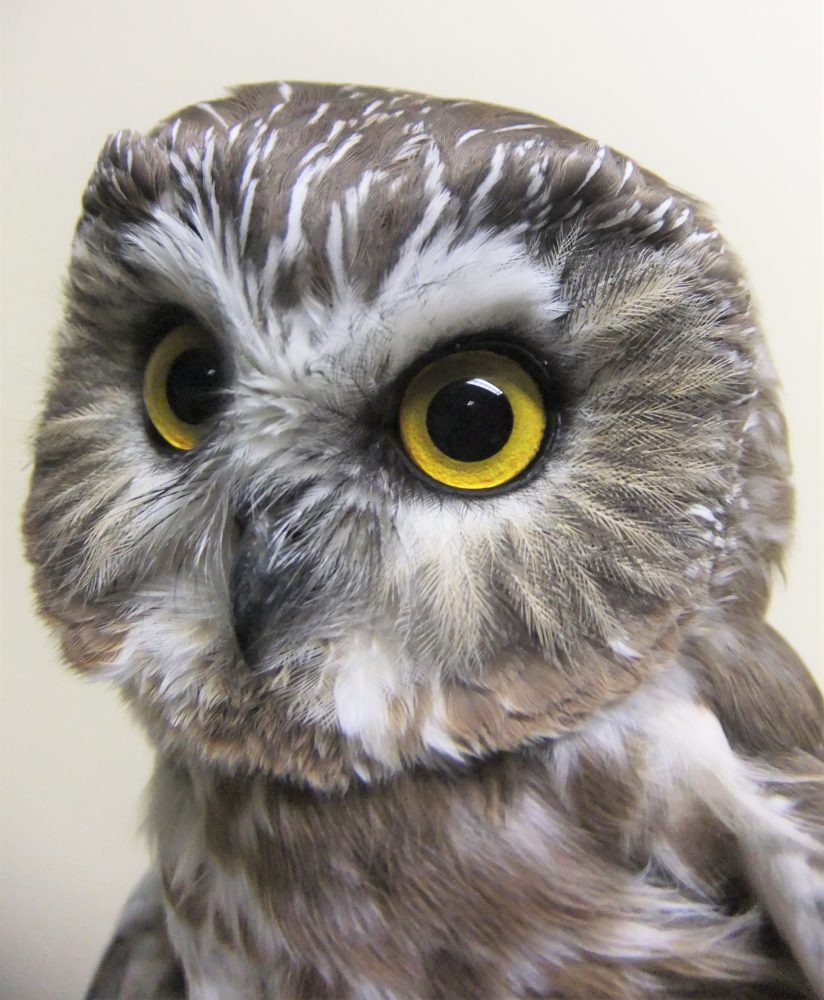 Above: The LSLBO’s Owl Banding Program has captured twenty-six Northern Saw-whet Owls so far this fall!

The LSLBO’s fall owl banding program began on September 1 and so far has captured twenty-six Northern Saw-whet Owls. This is already a busier start than last year, when it was a whole week before we banded our first owl! Their fierce attitudes and cute faces make Northern Saw-Whet Owls a very popular species, and it is well worth the late nights to have the chance to spend time with this charming owl. Being out and about after sunset is also an opportunity to experience a side of the natural world that we often miss when we’re focused on the LSLBO’s migration monitoring programs, which require us to be ‘early to bed and early to rise’. Greater White-Fronted Geese and Sandhill Cranes can be heard calling as they fly through the night, and on calm nights it is even possible to hear the chips of songbirds as they migrate. There’s the chance for some star- and planet-gazing as well: on a clear night, look to the southeast to catch a glimpse of Jupiter and Saturn, both of which are currently visible in our night sky.