Last week I said I would no-doubt beat the seasonal average of 100 saw-whet owls banded by my next article. Turns out I jinxed myself; it is my next article and I am at 97. I went from catching seven owls a night to catching seven owls a week. In addition to the saw-whets, I caught 3 more boreals, bringing their total up to five. I also briefly caught a barred owl. It wasn’t banded, however, since it escaped the net before I got there – the only reason I know I caught it, was that the whole net had slid down the pole. Although there are a few species of owl that are heavy enough to do that, barred owl are by-far the most likely species to be hanging around the habitat that my nets are set in.

This is the first year we are running a dedicated net-array targeting boreals so we have no idea what their migratory window is. This is why we set-up the nets and started playing the audio lure mid-September – we wanted to be sure we caught the start of their migration. Realistically, however, we expected that their migration wouldn’t really get going until sometime in October. Sometime around now. Catching three boreal owls this week has me feeling hopeful that they are going to start consistently hitting the nets over the next week. I look forward to possibly catching more boreal owls not just because they are adorable and even fluffier than saw-whets, but because it is becoming increasingly clear that saw-whet migration is waning. 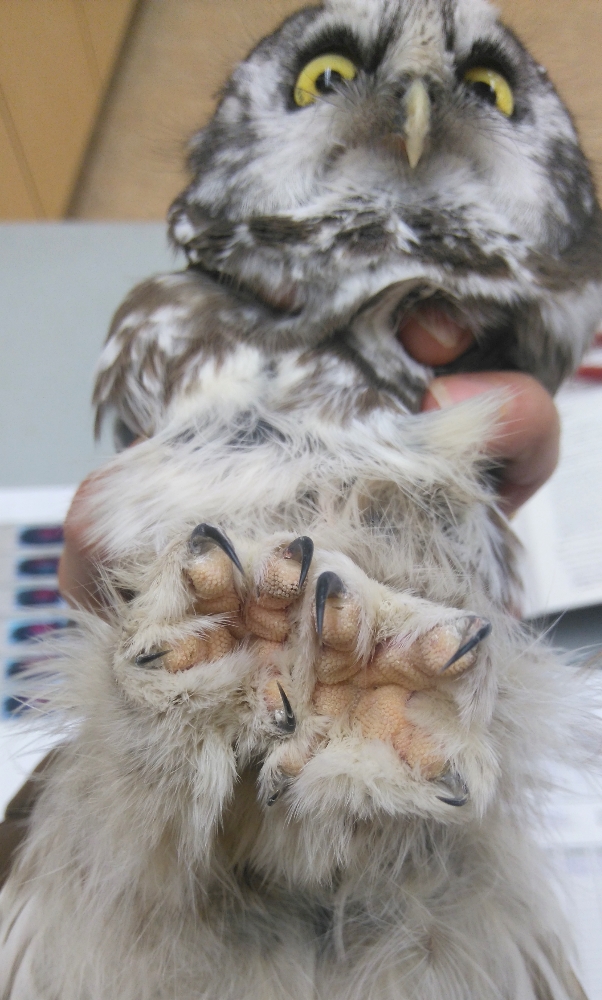 Besides the obvious fact that I am simply catching fewer saw-whets, I am also catching older saw-whets. Just like with most species of songbird, the owls that were born this year start to migrate before their parents do. Of the first 70 owls I banded this year, only six were older than Hatch-Year. The next 30 were an even split between older and young birds and now I am catching predominately Second-Year or older birds.

Aging owls is actually very easy as compared to other species of bird. Most songbirds completely replace all their feathers every year. Once all the juvenile feathers are moulted out after its first breeding season, a songbird will look exactly the same whether it is two, three, four-years-old or older. Owls and other raptors replace their feathers in chunks. So the first year they will have one generation of feathers – all juvenile. The next year they will replace the outermost and innermost flight feathers but not the middle ones, so they will have two generations of feathers. The year after they replace just some of the middle feathers, but still hang-on to the few juvenile feathers – three generations of feather. Then in their fourth year they replace all but one of the remaining juvenile feathers giving them four distinctly different aged groups of feathers. After that, things get muddled as they replace adult feathers with adult feathers in less predictable patterns. It can be hard to see the different shades of brown that mark the different generations of feather, but we have a trick. The underside of owl’s feathers glow pink under a black-light. The brighter the pink, the fresher the feather. So young birds look uniformly pink under UV light and older birds have wings that have chunks of hot-pink, salmon and white feathers. 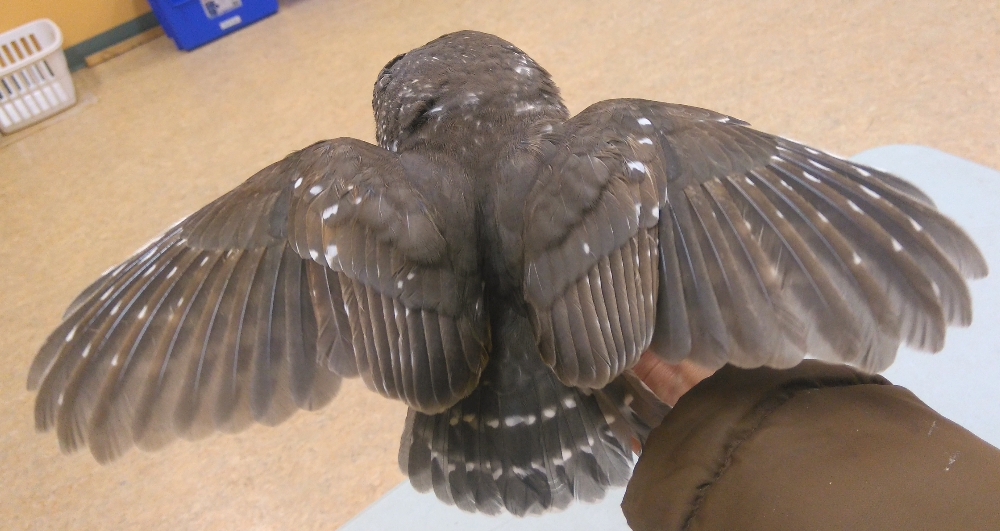 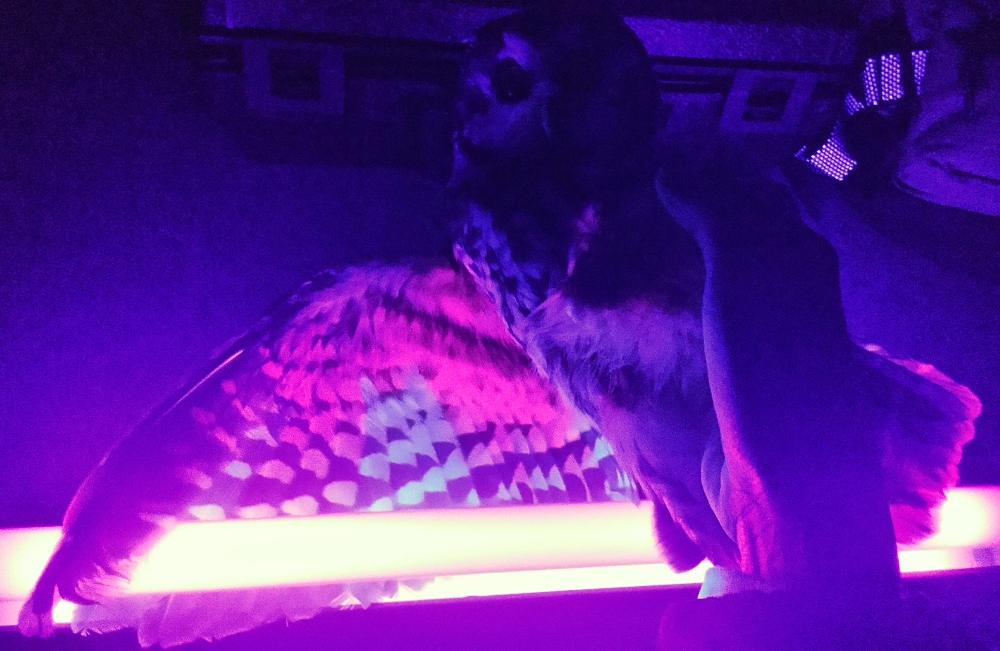